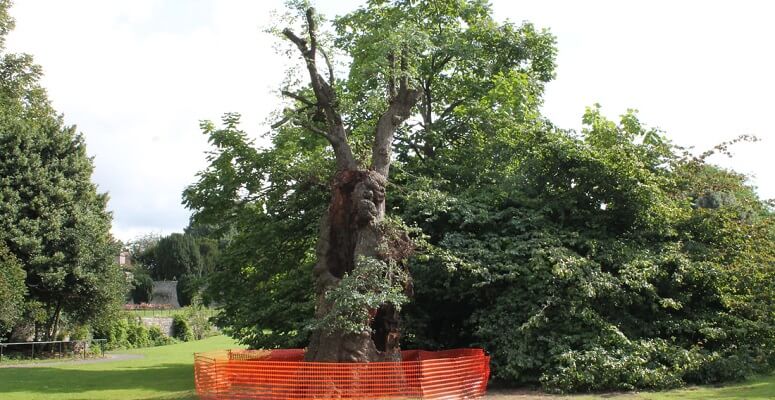 One of two 400-year-old English elms, believed to be the oldest in the world, is to be felled after becoming infected with elm disease, according to Brighton and Hove news.

It’s thought that one of the Preston Park Twins, at the north end of Preston Park, became infected late last summer, but only started displaying symptoms in the last weeks.

The disease is already into the tree’s root system and fast action is required to stop the disease spreading to its twin.

On Wednesday, contractors began to dig trenches and sever the connecting roots that link the trees together. The council is closely monitoring nearby trees so that any further problems can be dealt with.

The elm is the latest elm to fall sick with the disease in the city. Last year, the Level’s legendary shoe tree was felled, and in the past few years dozens of elms in locations across the city, including The Level, Westbourne Street and Queen’s Park.

However, the city is still home to more than 17,000 elm trees, and more are planted each year.

The council is now urging people to report sick looking elms, and is warning the most likely way trees are becoming infected is from beetles breeding on logs from diseased elm trees being stored locally, for instance for wood burning stoves.