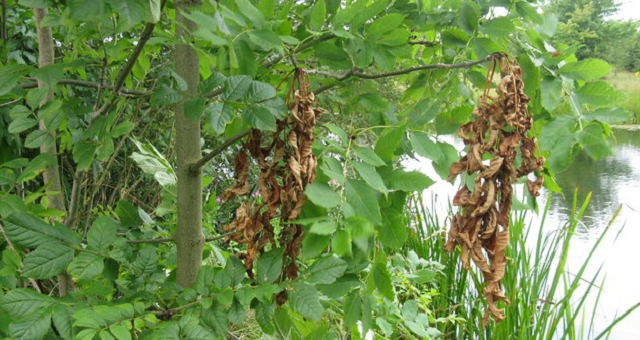 Analysis suggests that the dieback problem may have been caused by just one or two mushroom-like fruiting bodies of a fugal pathogen, which came to Europe from Asia.

The pathogen grows on Asian ash trees without causing disease but has been devastating European varieties.

95% of all European ash trees are under threat from dieback and is has already destroyed 80% of young ash trees in Norway and threatens to kill or severely damaged a quarter of the species in southern Sweden.

The study’s lead author, Mark McMullan from the Earlham Institute (EI), says: “It’s incredible that from such limited genetic diversity the ash dieback fungus has already devastated trees across Europe.

“Now that the disease is established, the introduction of genes from outside of Europe would tremendously increase the genetic diversity of the pathogen and seriously threaten the remaining ash trees.”