Management of Water Meadows trees is on-going in Northamptonshire 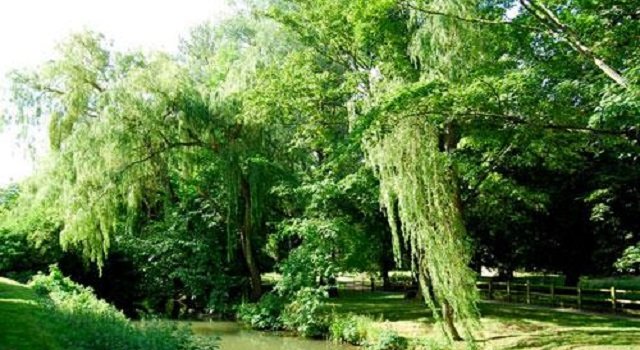 Permission has been given for an application to fell three trees which are part of a group of mature trees that follow the footpath and mill stream within the water meadows in Towcester.

At a meeting of South Northamptonshire Council’s (SNC) Development Control Committee on Thursday, 25th August 2016, members approved the application for a Tree Preservation Order (TPO) to fell a Poplar, Willow and Sycamore as part of ongoing maintenance.

In July, members approved works to a total of 38 trees as part of appropriate arboriculture management.

Councillor Roger Clarke, SNC’s portfolio holder for planning and environment said: “The maintenance of the trees within the Water Meadows is vitally important as the pathway is such a popular route in Towcester. We have to ensure the safety of residents and visitors at all times and these continuing works are part of that commitment.”

The Willow is one of two Willows leaning over the stream, and has substantial infection and decay, whilst the Poplar is in decline and a large quantity of the crown is now dead.

The Sycamore is the most prominent of the three trees, due to its size and location close to The Forum and footpath by the stream. Although the tree contributes to the character of the area, it has a large crater in the base and is considered to be a potential threat due to its vicinity to the popular footpath.

The condition of the trees was assessed by an independent consultant on behalf of SNC, who confirmed that the reasons for felling the trees were valid.