The oak, beech and birch trees could be lost if Britain does not act quickly 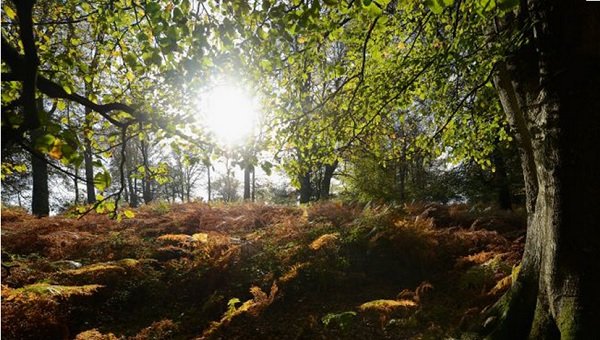 Urgent action must be taken to save Britain’s trees from being devastated by a wave of new diseases brought by climate change and the global trade in plants, leading scientists have warned.

Species such as oak, ash, Scots pine, larch, beech, birch and juniper are all at risk from a host of new bugs, fungi and bacteria, some of which are already in the country. Others are expected to arrive soon.

One expert has warned that Britain’s forests could suffer a similar fate to woodlands in much of the US, where vast stands of trees have been wiped out by beetles, whose numbers have exploded in the warmer temperatures.

In a special issue of the journal Forestry, published this month, researchers have laid out a number of techniques that could help build resistance to pests and diseases.

These include creating genetically modified trees designed to withstand conditions such as ash die-back, and persuading the forestry industry to plant more “natural” forests that are better able than regimented, single-species plantations to withstand such onslaughts.

There is also hope that “friendly bacteria” and other microbes that live on trees can be enlisted in the fight against their lethal cousins.

In an article accompanying the academic papers, Dr Stephen Cavers, of the Centre for Ecology & Hydrology near Edinburgh, wrote: “There is a clear increase in the number of novel pests and pathogens affecting the trees and forests of Britain. Most likely accelerated by the combined effects of, among other things, globalised trade, a changing climate and the planting of exotic species, the checklist of known threats has recently described an exponential growth pattern.”

Dr Cavers told The Independent on Sunday that Britain’s landscape could be radically altered over the next century unless steps were taken to defend our trees.

“We would be likely to lose many things that we currently hold dear,” he said. “Some of our most valued species – [such as] oaks and pines – that we… associate with particular bits of really characteristic landscape could be lost, forests that people have grown up with, that go back in history, are actually at risk of being lost.”

Asked if the astonishing forest “die-offs”, as they are known in the US, could happen in Britain, Dr Cavers said: “Whether it would ever reach that dramatic, visual scale, I don’t know, but there’s certainly the potential for that kind of impact.”

He said improving the diversity of our trees’ gene pools would help them fight off diseases and this could be done by planting mixed stands of trees and by thinning out commercial plantations to allow natural regrowth.

There should also be tighter controls on the international trade in trees, he said. Ash die-back is thought to have arrived in Britain with saplings imported from the mainland of Europe and infected with the Chalara fraxinea fungus.

Bruce Hamilton, deputy executive director of the Sierra Club, America’s largest grassroots environmental organisation, said the UK should take note of the devastation inflicted on forests in the US by the pine bark beetle, one of a range of new threats. Once its numbers were kept in check by the temperatures in the Rocky Mountains, but the warming climate now sees them breed twice a year.

“The beetle is just rampant at the moment … Right now we are seeing major die-offs and a major explosion of pest infestations that lead to forest death,” Mr Hamilton said.

A victim of the beetles in California (Getty)

The insect has destroyed about 18 million hectares of forest in the north-west of the US and western Canada, causing problems for grizzly bears that normally feed on pine nuts before hibernating.

Mr Hamilton said the best way to deal with such plagues was not to increase trees’ resistance but to address global warming.

“We’re already seeing major impacts [with] a less than a 1C increase in global temperature,” he said. “If it gets to two degrees or over two, it will just be horrendous.”

Record numbers of plants normally killed off by winter frosts are surviving into January, with one in seven of Britain’s flowering species in bloom, botanical experts report.

More than 360 species, an “unprecedented” number, from daisies and dandelions to geraniums and cyclamen, are in flower. It is the latest evidence of the UK’s changing climate, they say.

However, the numbers of plants do not simply indicate an early spring, according to experts, as only 5 per cent of the species recorded are spring-flowering native specialists.

Ecologist Dr Tim Rich, of the British and Irish Botanical Society said: “It’s a good indication the climate is warming. Twenty years ago, you’d have been lucky to get 20 species in flower in mid-winter. To have 368 is phenomenal.”