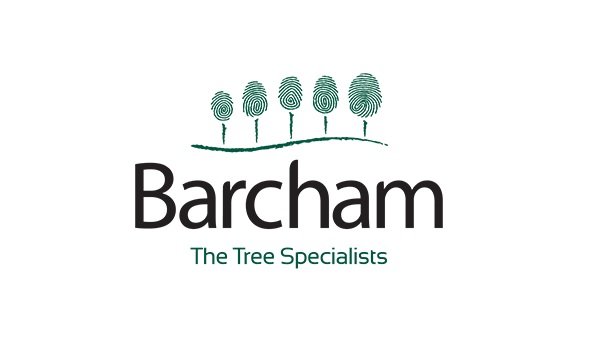 Hansatech’s Arborcheck system measures chlorophyll fluorescence emissions from the leaves of a tree and compares the measured values with the benchmarks for the same genus, species or cultivar of trees tested at Barcham during the last four years as part of the nursery’s intensive tree health and bio-security programme.

The nursery has published a document which outlines its commitment to bio-security.  It is believed to be the first UK tree nursery to do so.  Central is the pledge it will continue not to import trees and sell them to customers for immediate planting into the UK landscape.  All imported trees are held on the nursery for a full growing season, during which time they are subject to regular rigorous inspection for pest and disease, including those conducted by DEFRA.

Barcham’s Keith Sacre comments “Bio-security is a real and ever-present issue all users of trees must face.  It cannot just be left to the authorities to take a lead – it requires companies and individuals to take responsibility for their actions.  Our policy is taken voluntarily and at significant financial cost to the nursery, but we know it is the right thing to do”.

The process began when Sacre asked Dr Glynn Percival of Bartlett whether it would be possible to measure the physiological condition of the trees on his nursery by the assessment of non-morphological criteria using reliable and proven techniques.  Glynn assured Keith this was certainly feasible and outlined tests which he had used for many years in both his research and in practical applications.

Keith had been concerned by an Arboricultural Research and Information Note entitled Assessing the Quality of Broadleaved Nursery Stock, which appeared back in 1994.  The Note stated “The early survival of trees in any planting is determined largely by the quality of the planting stock and post-planting aftercare”.  It went on to comment that “the assessment of tree quality relies on external morphological features.  Many trees which meet those morphological criteria are moribund before planting”.

Keith Sacre believes the Nursery Benchmark System provides tree care professionals with an independent standard and an early warning system long before visual signs of ill health are noticed, allowing remedial action to be taken.  “Chlorophyll fluorescence is an indication of the fate of excitation in the leaf photosynthetic apparatus, and provides a rapid, non-invasive and non-destructive diagnostic system of detecting and quantifying physiological injury in leaves in numerous stress conditions such as low temperature, salinity and water”, says Keith.

The main purpose of leaves is to take energy from the Sun and to convert it to a different form of energy – in this case complex carbohydrates the tree can use for nutrition.  This is, of course, the main principle of photosynthesis.  But the photosynthetic mechanism in the leaf cannot convert all the energy it receives from the Sun into food, and so the tree requires a means of dissipating the energy it is unable to use for photosynthesis.

A leaf has two outlets for the solar energy it receives.  Its photochemical processes channel the Sun’s energy through the steps required to drive photosynthesis, with a healthy tree capable of using 80 to 84 per cent of the sunlight received at the leaf surface for photosynthesis.  Non-photochemical processes dissipate energy from the leaf in a way not involved with driving photosynthesis.  Dissipated energy is re-emitted from the leaf in the form of infra-red radiation (heat) and far-red radiation (chlorophyll fluorescence).

Forms of biotic and abiotic stress which have an effect on the photosynthetic capacity of a tree will therefore alter the intensity of the chlorophyll fluorescence emission.  A chlorophyll fluorimeter measures changes in the extent of fluorescence emission to infer information about the efficiency of light use for photosynthesis.  It swiftly and effectively screens a tree for deterioration due to a stress-related reduction in its photosynthetic capacity, and has the advantage of being non-invasive, non-destructive, and the test can be repeated regularly.

A reduction in photosynthetic capacity is the first stage in a tree’s deterioration.  There are many possible contributory factors, and virtually all of them will have put the tree into decline long before visible symptoms such as leaf yellowing, necrosis or crown/branch dieback are noticed.

The Nursery Benchmark System allows users to rapidly and conveniently make a series of 10 simple measurements from a single tree.  These records are then immediately uploaded via Bluetooth wireless to a custom app on an Android tablet supplied as part of the package.  The measured values are analysed and compared to data collected and collated by Bartlett Tree Research Laboratory at the Barcham nursery during recent years.  Users receive an immediate visual report for the measured tree, indicating how it compares to values achieved at Barcham’s base for nursery stock grown under optimum conditions.  Results can be later downloaded to a Windows PC and, using the supplied Report Generation software, a tailored report can be produced for the client by the consultant.

Hansatech Instruments launched the system in spring 2014.  The British company concentrates on the design and manufacture of high quality scientific instrumentation for Plant and Biomedical Sciences, and exports to more than 100 countries worldwide.  E-mail info@hansatech-instruments.com