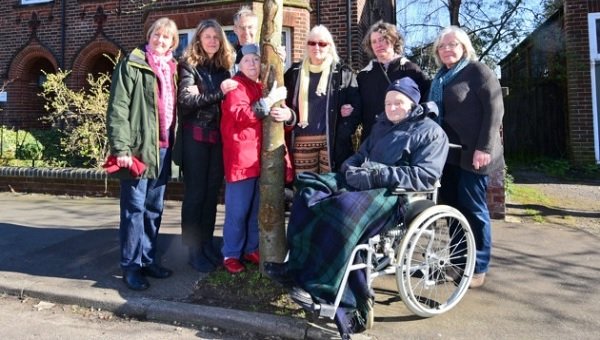 It was meant as a way to keep Norwich green and leafy but a scheme to encourage the public to help meet the costs of planting trees across the city seems to have failed to take root.

New figures show since the project was launched two years ago, just 13 trees have been planted – almost a half of which were in just one street – at a time in which the city has lost hundreds of trees.

The scheme was intended to make up for thousands of pounds being cut from the city’s tree planting budget and saw communities and companies urged to sponsor the planting of new trees, where old and diseased one were felled.

Campaigners have criticised the project, and the decision not to reinstate the funding in the coming year’s budget. Council leaders, however, say other ways to fund tree planting are being pursued.

The council instead trumpeted a Trees For Norwich sponsorship scheme where communities could pay £250 in sponsorship for the planting and maintenance of trees.

Since the 2011 decision, 1,361 trees have been removed outside conservation areas and only 521 replaced. In addition to the sponsorship scheme, other funding was found for these plantings.

At a meeting this week, the council rejected a Green party move to take £37,500 from the grounds maintenance budget to replace trees outside conservation areas.

Denise Carlo, who represents Nelson ward on the council, said: “Where I live, in College Road, we must have lost about 80pc of our street trees over the past 15 years.”

But Labour’s Keith Driver, cabinet member for neighbourhoods and community safety, said: “In 2015-16 the council’s tree budget has been £41,297, an increase of £16,000 as well as a one off contribution of £50,000 from Community Infrastructure Levy monies. This has allowed 102 trees to be planted on streets and a further 99 trees across the city.”

He said other funding opportunities to plant trees were pursued, which had seen 100 planted in Eaton Park and 60 in Eaton Park.