Northenden Golf Club under investigation after oak trees chopped down 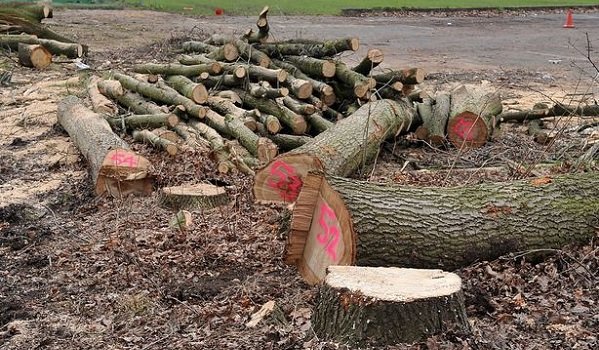 A golf club is under investigation after more than 30 mature oak trees were cut down.

The Forestry Commission have launched an inquiry after reports of trees being felled at a copse leading into Northenden Golf Club, near Palatine Road.

The trees were chopped down as part of plans to replace the destroyed clubhouse, which burnt down in a fire last year.

Club bosses said they had “inadvertently overstepped” the tree-felling quota previously agreed with the Forestry Commission and were negotiating a new five-year licence.

But the woodland agency confirmed it was investigating the exact circumstances of the tree felling.

Roland Harris, director and chairman of the golf club, said they had acted in good faith and the trees involved were storm damaged and needed to be replaced for safety reasons.

He vowed full landscaping and re-planting would take place. Mr Harris said: “We carefully manage the woodland stock on the course and have done a great deal to enhance stock by removing the more damaging species.”

But residents and councillors are furious and have called on the club to plant oak saplings immediately.

Writing on Facebook, Alison Hunt, from West Didsbury Residents’ Association, said she believed the club wanted to extend its premises beyond the original footprint and make the car park bigger.

She said: “Regardless of the outcome of the inspection, it is highly regrettable to lose such a fine stand of some 30 mature, sessile oak trees together with other trees.

“Local residents’ groups wish to see the oak trees replaced like for like with native sessile oak, not just whips of birch, pine or minor specimens preferred by the golf club.

“It is regrettable that the amenity lost cannot be replaced in our lifetime.”

West Didsbury’s Labour councillor David Ellison slammed a “terrible, unauthorised felling of trees by a private body” and said he had alerted the council.

A Forestry Commission official has carried out a site visit and the club were told to keep the remaining logs and tree trunks in place for assessment.

A spokesman said: “We are investigating reports of suspected unlicensed tree felling at Northenden Golf Club, including measuring the felled trees.

“The landowner has been advised not to fell any more trees and a decision on enforcement action will be made by our England National Office.”