No sign of replacement for Tree of Lost Soles 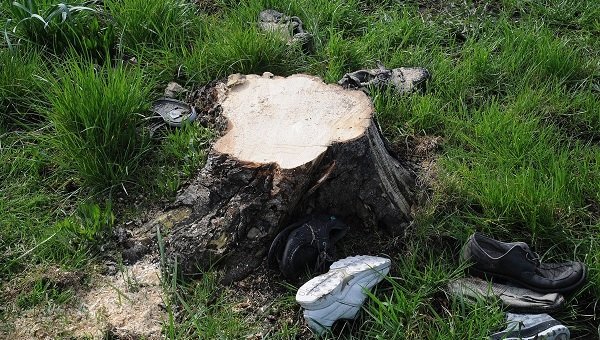 Council bosses promised to ‘quickly replace’ the Tree of Lost Soles after its removal sparked outrage earlier this year.

But four months on there is still no sign of a substitute for the popular piece of abstract art.

The Warrington Guardian reported in April council bosses had apologised for the Tree of Lost Soles being chopped down and admitted it should not have happened.

Speaking at the time, Andy Farrall, executive director for economic regeneration, growth and environment at Warrington Borough Council, said: “The ‘tree’ was deteriorating and a decision about its future would have been necessary in the near future.

“However it should not have been removed in this way and people should have been involved in the decision about its future.

“We are working with the parish council and local elected members to quickly plant a replacement.”

The Guardian understands that no one at the council authorised the removal of the tree and it was down to an individual officer acting off his own back.

Residents spoke of their sadness after the artwork on Manchester Road, Woolston, was removed and the shoes with ‘no soles’ attached to it left on the ground.

The piece, which was inspired by a tree on Princes Highway in Woodburn, New South Wales, was created in 2012 by a mystery artist.

The tree was originally damaged in a storm a few years ago before it was turned into the piece of art.

A council spokesman said: “The council intends to have further discussions with ward members and parish councillors on this matter.”