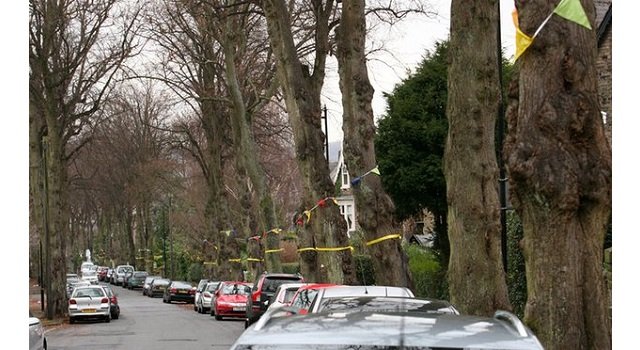 The long-running battle over Sheffield’s trees attracted national media attention last month when two women in their 70s were arrested for trying to prevent trees on their road from being chopped down, after they were woken at 5am to move their cars.

“In scenes you would expect to see in Putin’s Russia, rather than a Sheffield suburb, council contractors and police descended on Rustlings Road under the cover of darkness, dragged people out of bed to move their cars and detained peaceful protesters – all to chop down eight trees,” the former deputy prime minister wrote in the Sheffield Star.

Responding to a series of written questions from a Liberal Democrat councillor, Dr Alan Billings, the Labour PCC, described Clegg’s comments as nonsense. “To speak about ‘a premeditated ambush’ is not helpful and seems designed to heighten emotions in a quite gratuitous fashion,” he said.

“This emotive language was also employed by the MP for Hallam, Nick Clegg, when he spoke about people being ‘dragged from their beds’ by the police. This undermines trust in the police service and I hope he will think twice before uttering such nonsense in the future.”

Sheffield city council later apologised for the dawn operation, which was undertaken by the private contractor Amey, and Billings has since criticised it for involving the police and causing “reputational damage to the force at a time when it cannot afford it”.

Billings added in a later statement: “I have said before that I do not believe the police should have been put in a position where they were drawn into the operation on Rustlings Road. Equally, I do not think it is very responsible to use the kind of emotional and exaggerated language that has been used with respect to police involvement.”

Campaigners claim 4,000 trees across the city have been chopped down since a 25-year private finance initiative (PFI) deal with Amey was signed in 2012. The council argues that the trees earmarked for felling are either diseased or dangerous, or have roots that prevent people in wheelchairs and people pushing buggies from using pavements.

The local authority has said that maintaining the trees that are damaging pavements would cost more than £50,000, which is “not viable” given the cuts to its budget by central government. It has to find £51m of savings this financial year.

The deal to maintain the city’s roads and pavements claims it will “see Sheffield’s roads transformed from some of the worst in the country to the best”. The contract was first negotiated by the Liberal Democrat-led council, before being signed after Labour gained control of the council in 2011.

While Clegg declined to comment personally, a Liberal Democrat spokesperson said: “This is yet another a distraction tactic by a Labour politician attempting to shift the debate from the real issue. Before the PCC dismisses genuine complaints as ‘nonsense’, we would ask him what has undermined trust in the force more: the words of an MP in a local paper or the actions of Sheffield city council’s Labour leadership, which put frontline officers in a compromising position and led to many people drawing the understandable conclusion that South Yorkshire police were being used by the council and its contractors for unjustifiable operations?”