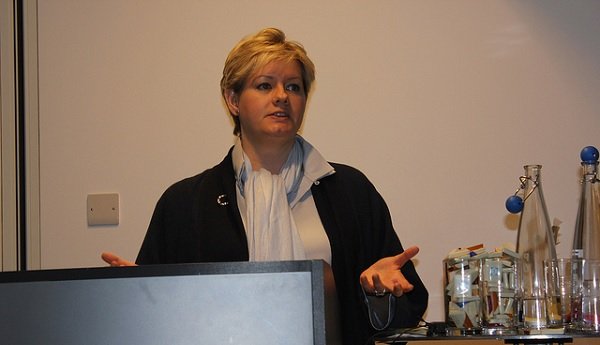 Liz Male, chairman of TrustMark, has been appointed a MBE (Member of the Order of the British Empire) in the Queen’s New Year 2015 Honours List in recognition of services to construction and consumer protection.

TrustMark is the national quality badge for reputable tradesmen in the home repair, maintenance and improvement market. First launched in 2005, it now signposts millions of people every year to more than 14,000 firms who have been vetted and inspected and who commit to work to TrustMark’s Government-endorsed standards.

Liz Male was appointed non-executive chairman in January 2011. Since then TrustMark has developed significantly, with new corporate governance, a strong Board and improved standards covering technical competence, good trading practices and customer service which were launched by the Consumer Minister in April 2014.  A not for profit registered social enterprise, it works in close partnership with many consumer advice organisations and is rapidly growing in profile. TrustMark is currently piloting additional consumer protection services for homeowners, and is at the forefront of developing new free and low cost complaint resolution routes for registered tradespeople and their customers, led by a new chief executive who joined six months ago.

Following independent research into all the options used around the world for licensing tradespeople, TrustMark was confirmed in 2013 as the UK’s preferred scheme and is included in the Industrial Strategy for construction to 2025. The Industrial Strategy recognises the importance of TrustMark in improving the reputation of construction and building positive perceptions of the industry. The Government has committed to supporting TrustMark, expanding the scheme to include a greater proportion of the industry, and promoting the new core criteria standards and the industry and consumer groups that support them.

Liz Male has promoted consumer protection issues within the construction industry for more than 20 years. Following a long career in public relations and marketing in property and construction, she set up her own PR agency, Liz Male Consulting Ltd, in 2001 and was a consultant to TrustMark when it first launched in 2005. In addition to running her PR business and her non-executive work as chairman of TrustMark, Liz is an active Fellow of the Chartered Institute of Public Relations and a Trustee of the National Energy Foundation.

“It is a huge honour to receive this recognition for services to construction and consumer protection. TrustMark was set up with the Government to give homeowners a safe and easy way to find quality, reliable tradesmen for all work in and around the home. It’s a scheme I have believed in from the very start because TrustMark is a badge that is earned, not just bought.  Every week I hear inspiring stories of TrustMark-registered firms which have gone out of their way to do great work for their customers. They are the people who deserve our greatest respect and praise, and they are the firms I will continue to champion.”