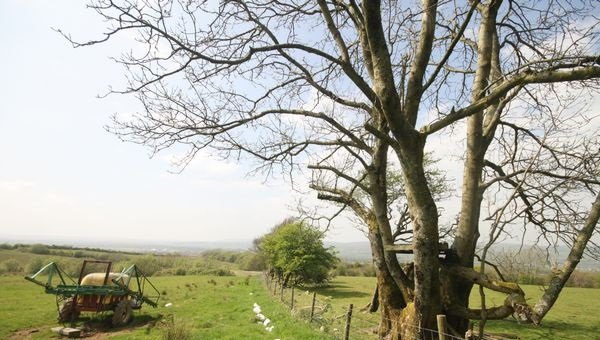 Wales’ First World War heroes will be remembered with a “living memorial” of new native woodland as part of a £1.2m project.

The woods – one of four being created in Wales, England, Scotland and Northern Ireland – will be formed by volunteers planting trees.

They are expected to span more than 1,000 acres collectively.

Thousands of free trees will also be available to schools and community groups to plant, the charity said.

The trust said the trees would “transform the landscape into rich, vibrant and flourishing woodland”, and prove to be a fitting legacy for those who lost their lives in the 1914-18 war.

The aim is to plant around 90,000 trees in Wales with a 120 acre site identified for the project near the village of Carway in Carmarthenshire.

The Trust said land of this scale very rarely becomes available and it needs to raise at least £500,000 by the end of August to commit to buy, plant and care for the site.

As well as new woodland, the site will include a “patchwork” of meadows of wildflowers including the iconic Flanders poppy, with a special memorial area to commemorate those who served in the War.

Jerry Langford, Wales Director of the Woodland Trust, said the project is one of the most “ambitious and poignant” the Trust has ever undertaken.

“We hope to see thousands of people getting involved by planting their own tribute or dedicating trees in memory of loved ones,” he added.

“We wish to create a living tribute to everyone involved in the war that will stand for generations to come.

“As well as representing enormous strength and bravery shown by the nation during World War One, if our fundraising campaign is successful, the trees that are planted during the course of the project will help strengthen our natural landscape, increasing its resilience to the threats posed by pests and diseases”.

Wales is one of the least wooded countries in Europe with only 15% woodland cover compared to 44% across the rest of Europe.

More than 150,000 free trees will be available to Welsh schools, community groups and youth groups for planting, and the Trust hopes that landowners and communities across the country will get involved to create hundreds of new woods containing millions of trees.

People living near the Carmarthenshire site are being invited to a public launch meeting, at 2pm on Sunday, June 22 at Ffos Las Racecourse.

There will be an opportunity to meet the team which is delivering the project, to offer views and get involved in the plans.

The Woodland Trust’s Centenary Woods project will see well over three million native trees planted across the UK, representing the millions who fought in the First World War.

Sainsbury’s will be partnering the Woodland Trust to deliver the project.

Mike Coupe, Sainsbury’s Group Commercial Director and CEO Delegate said: “We’re pleased to support such a fitting memorial to those affected by the First World War.”