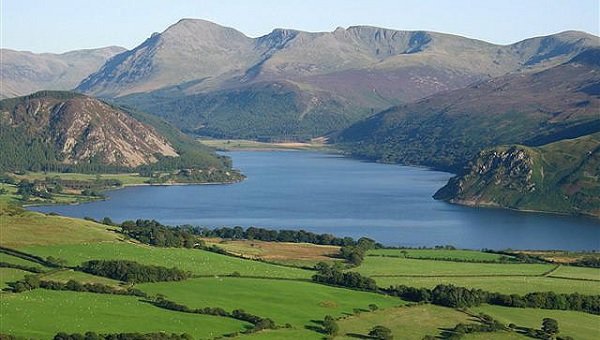 More than 1,000 trees have been planted on the shores of Ennerdale Water as part of a community initiative.

Water workers teamed up with conservationists to plant the new woodland next to the Ennerdale Views lakeshore path.

It is hoped the trees will one day help act as a windbreak for the valley’s internationally renowned Ennerdale Scout Centre.

Around 20 volunteers from United Utilities under the guidance of the Groundwork Trust, West Cumbria Rivers Trust, and National Trust is also hoping the new woodland will provide a rich natural habitat for wildlife.

Simon Povey, from United Utilities said the day was one of a range of community initiatives the water firm did in areas where it was carrying out work.

“We’ve been doing a lot of work in Ennerdale and west Cumbria, and days like this are one way we can put something back,” he said.

The water firm have also been working with a number of their contractors on a new path from the scout centre to the lakeside.

This is designed to give better access for members of all abilities.

Oliver Graham of the environmental charity, Groundwork, who organised the day, said they had planted willow, alder and silver birch.

“It should form a nice little habitat area. It also will act as a bit of a buffer between the scout camp and the rest of the public area, and will give them a bit of a windbreak once the trees grow a bit.

“We have benefited now from a track which has been extended, and a new route over old foot-trods, that now link with the Ennerdale Views track to give an all-abilities route, said Mr Arnott.

Further work was completed by the scouts themselves when they attended the centre from all over Cumbria last month for the annual Explorer Scouts re-energise weekend.