New research conducted by King’s College London suggests trees, the sky and birdsong in cities are beneficial for mental wellbeing 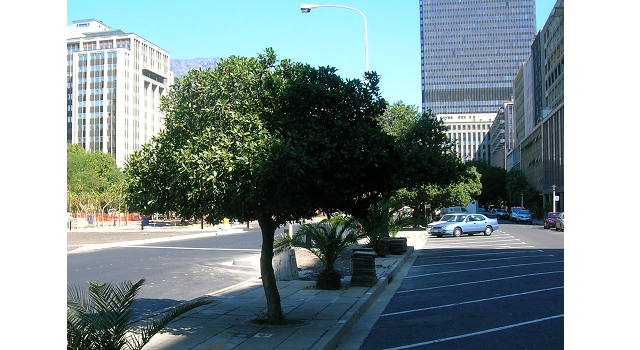 A study conducted by King’s College London, landscape architects J & L Gibbons and art foundation Nomad Projects have used smartphone-based technology to assess the relationship between nature in cities and momentary mental wellbeing in real time. They found that (i) being outdoors, seeing trees, hearing birdsong, seeing the sky, and feeling in contact with nature were associated with higher levels of mental wellbeing, and that (ii) the beneficial effects of nature were especially evident in those individuals with greater levels of impulsivity who are at greater risk of mental health issues.

Their paper, ‘Urban Mind: Using Smartphone Technologies to Investigate the impact of Nature on Mental Wellbeing in Real Time’ has been published in BioScience today (Wednesday 10 January).

The researchers developed a smartphone-based app, Urban Mind, to examine how exposure to natural features in cities affects a person’s mental wellbeing.

In each assessment, participants answered several questions about their current environment and momentary mental wellbeing. GPS-based geotagging was used to monitor their exact location throughout the 1-week trial.

The investigators were interested in whether the beneficial effects of nature might vary from one individual to another, depending on their risk of developing poor mental health. To assess this each participant was rated on “trait impulsivity” – a psychological measure of one’s tendency to behave with little forethought or consideration of the consequences, and a predictor of higher risk of developing addictive disorders, attention deficit hyperactivity disorder, antisocial personality disorder and bipolar disorder. This revealed that the beneficial impact of nature on mental wellbeing was greater in people with higher levels of trait impulsivity and a higher risk of developing mental health issues.

Dr Andrea Mechelli, Institute of Psychiatry, Psychology & Neuroscience, King’s College London, said,  ‘These findings suggest that short-term exposure to nature has a measurable beneficial impact on mental wellbeing. The interaction of this effect with trait impulsivity is intriguing, as it suggests that nature could be especially beneficial to those individuals who are at risk of poor mental health. From a clinical perspective, we hope this line of research will lead to the development of low-cost scalable interventions aimed at promoting mental health in urban populations.’

Johanna Gibbons and Neil Davidson, landscape architects at J & L Gibbons, said, ‘Right now decisions on urban planning and design aimed at improving mental healthtend to be based on “conventional wisdom”, due to the lack of robust scientific data. Our findings provide a much-needed evidence base for the benefits of nature within urban centres. From the perspective of urban planning and design, we hope the results will inform future investments and policies, helping build heathier cities’.

Michael Smythe, an artist and action-based researcher at Nomad Projects, comments, ‘This study represents a successful example of how smartphone technologies can be employed as a tool for citizen science. It also demonstrates the value of academic and non-academic researchers coming together to carry out truly cross-disciplinary work with tangible real-world implications’.

Lucia Robertson, a participant on the project, said, ‘Using the Urban Mind app made me more aware of my surroundings and how these affect my state of mind. It encouraged me to think hard about what kind of city I want to live in’.