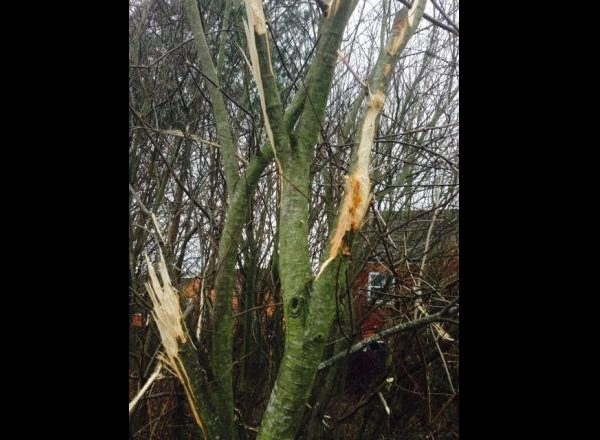 Tree trimming work on the New Mills estate by Herefordshire Council contractor, Balfour Beatty, has been called “vandalism” by a concerned local resident, who is calling for the work to stop at once.

In a letter to Herefordshire Council, Mary Baxter of Lugg Fields said to call the work “butchery” would be to dignify it.

She asked the council: “I would like to call upon you to treat this with the utmost urgency and get this work stopped. Someone needs to be called to account at your contractors.

“In the Garden Square bordered by Lugg Fields and Wye View we already are saddled with the sad spectacle of a few miserable tree stumps where a lovely tree used to stand until your previous contractors hacked it to pieces instead of lopping it professionally several years ago. The trees that have had their bark stripped off last week will probably never recover either.”

She added: “Please stop this work until the correct people can inspect the damage. It cannot unfortunately be remedied, but hopefully not repeated and such vandalism and ineptitude can be prevented in future.”

The matter has been taken up the Herefordshire Councillor for Ledbury, Cllr Phill Bettington, who held talks about the issue with Balfour Beatty this week.

He said: “The matter is still being looked into, and I will make a point of going down to take a look at the trees myself.”