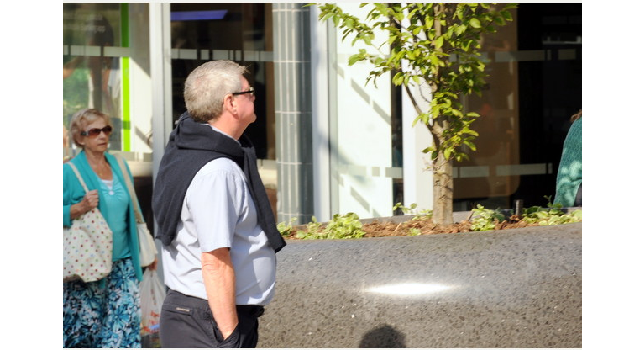 Three new trees in planters and a flower bed installed in Derby city centre have cost the taxpayer about £10,000.

Derby City Council has spent the cash as part of its £1.1 million revamp of the junction of St Peter’s Churchyard, East Street and St Peter’s Street.

And it has now revealed that this spending has helped unlock another £3 million, enabling the “completion of the whole of St Peter’s Street from Victoria Street to The Spot”.

Nobody at the council has yet been available to expand on what this means.

Councillor Martin Rawson, cabinet member responsible for regeneration, said the planting at St Peter’s Cross “formed an important element of the project, giving a natural feel and presence to the area”.

He added: “Their costs, relative to the cost of the overall project and the impact they bring, are in the region of 1%, approximately £10,000.

“The planting will be watered and kept tidy, initially through the contract with the main contractor, for one year.

“After that, the council will carry out this work, although it is hoped that these costs could be paid for through sponsorship with local businesses and this will be explored.”

The council was also asked where the trees and planters had come from and what sort they were but has not yet been able to respond.

The St Peter’s Cross scheme has seen the junction completely repaved, with space for entertainment, new paving and lighting.

Mr Rawson, deputy council leader and cabinet member for planning, environment and regeneration, said that the £1.1 million spent by the council on the scheme, plus a £1 million investment for revamping The Spot, had formed part of a successful bid for Government funding for St Peter’s Street.

He said £3 million had been secured and that “without the city council’s investment, this additional funding would not have been secured”.

Mr Rawson added: “Further elements of the work are close to completion with the introduction of new architectural lighting on the church to enhance the building now it has been cleaned.

“This will create a space that will help maintain and deliver the city’s Purple Flag status and promote the development of family orientated facilities that appeal to all residents and visitors, and support the early evening economy.”

The £1.1 million for the St Peter’s Cross scheme was from the council’s capital budget.