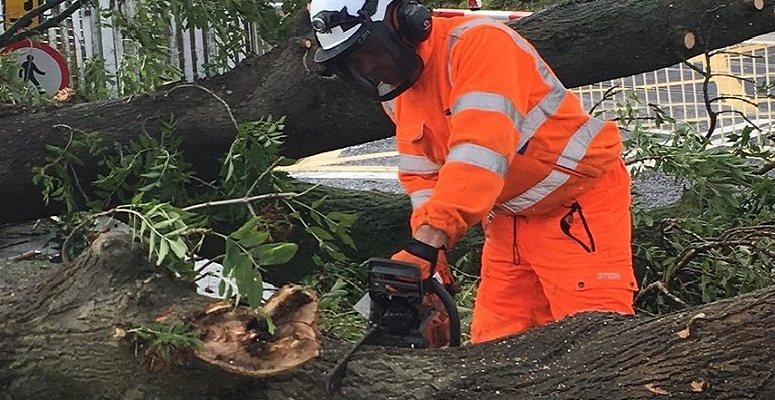 Network Rail will not increase its tree felling programme despite calls from the chief inspector of Railways to do so.

Chief inspector of Railways for the Office of Rail and Road Ian Prosser urged Network Rail to cut down more trackside trees after his journey was delayed by damage to tracks during Storm Ali.

Network Rail currently uses drones to map its railway lines and vegetation stretching 60m either side, which it claims allows the operator to target trees that pose a threat.

However Prosser said that “more needs to be done”.

“Much has been done already by Network Rail but very much more needs to be done to get back to where we need to be,” he said.

He said: “Not quite enough tree felling – or woodland management appropriate for a modern rail network – has taken place along some of our rail infrastructure in recent decades. That’s led to over-growth which, understandably, the public have become used to.

“The public often consider it as permanent woodland, whereas it’s a massive hindrance to the safe and timely operation of today’s modern railway…Storm Ali has shown how trees too close to the line can be incredibly dangerous.”

Network Rail’s lineside policy and standards have not changed since 2004, and a spokesperson for the rail operator said that there is no plans to deviate from that policy in the near future.

A Network Rail spokesperson said: “We continue to engage fully with the government’s review.

“We see this review as an opportunity to explore how we can better apply our own examples of good practice across the country and find new and improved ways of managing our lineside environment while ensuring the continued safe and reliable operation of the railway.”

Fallen trees caused 681 hours of delays to the railway in 2017-18. Last year Network Rail recorded over 400 incidents of trains colliding with fallen trees and another 1,000 where they caused delays to services, costing the industry over £100m.