National Trust bid to save bloodline of ancient tree, the paperbark maple 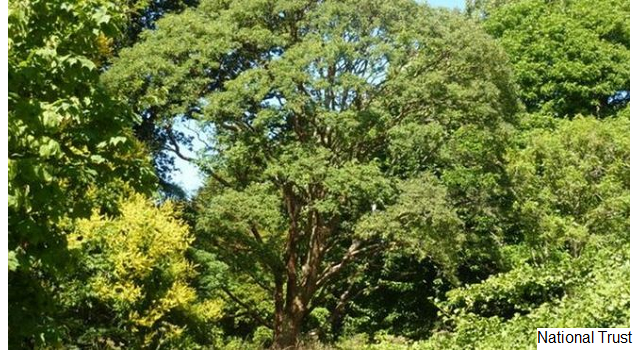 Steps are being taken to save the bloodline of one of the National Trust’s greatest trees – the paperbark maple – at a Vale of Glamorgan garden.

The tree at Duffryn Gardens – also known as the Acer griseum – came from the original seedling brought to Britain from China in the 1900s.

Due to its age, it will soon stop producing seeds.

But the Trust is gathering and germinating its seeds, to preserve future generations.

Head gardener Chris Flynn said: “From research and extensive documentation on the origins of the Acer griseum, we have good reason to believe that the one in our arboretum dates to the early 1900s, which means it might not be around for much longer.

“The tree is still producing a small number of seeds so we want to germinate them to try and hold onto the heritage of our champion Acer.

“This involves collecting seeds from the bottom of the tree by hand which are then taken to the nursery to germinate.

“The viability is low, but with enough seed we should get some success, although they can take up to two years to begin growing.”

The tree, thought to be roughly 116 years old, has copper red bark.

Wilson, originally from Chipping Campden in Gloucestershire, introduced roughly 2,000 plant species to the west from countries across Asia and the Far East, specifically China, Korea and India.

The tree at Duffryn Gardens has been identified by the Maple Society as one of a handful remaining in the UK from Wilson’s original expedition.

The gardens will also be carrying out “conservation works” to preserve the lifespan of the tree.

“We will be reducing competition from weeds and grass and carrying out some remedial works on the tree itself,” Mr Flynn said.