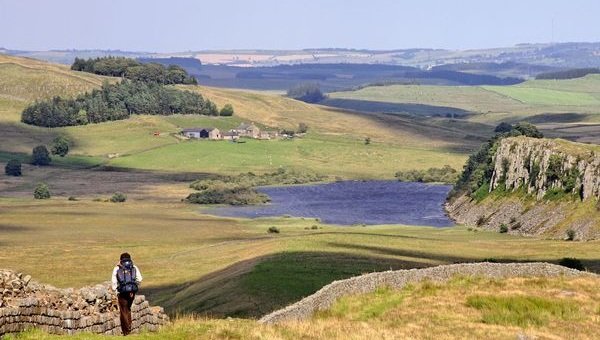 The proposal is for the 113-hectare Wallshield upland farm, which is 6km north of Haltwhistle and 3km from the Wall.

The bid, under the English Woodland Grant Scheme, has gone to the Forestry Commission, which passed the plans to Northumberland National Park Authority for comment.

The park said the decision to object was made citing the need to carefully control any new woodland in the Hadrian’s Wall Corridor and in view of the proposed plantation’s significant impact on the landscape character of the area.

Authority chairman John Riddle said: “The authority is aware of the great opportunity that woodland creation represents, but as a statutory consultee on all woodland grant schemes in the national park, we have to be mindful that proposals do not undermine the special qualities of the park such as landscape character and the natural and historic environment, and do not impact on access and the rights of way network that is so critical to the visitor economy.”

Currently 22% of the park is woodland of which 82% is conifer plantation.

Mr Riddle said: “This authority has a strong track record of supporting woodland creation and has a stated aim to increase native broadleaf woodland in the park on the principle of the right trees in the right places.

“Commercial forestry is an important part of the rural economy in many parts of the park but it is a fine balancing act when it comes to ensuring that new forestry proposals are not detrimental to the upland moorland landscape, wildlife and special qualities of the national park that residents and visitors cherish.

“However, the authority feels that the Wallshield proposal in the Hadrian’s Wall buffer zone is inappropriate and could be extensively damaging to the long-term interests of the landscape and special qualities of the national park and to the local tourism economy.”

Robert Mayhew, landscape and forestry officer for the authority said: “Ensuring that new woodland planting schemes do not have a significant adverse effect on the landscape, biodiversity, archaeology, public access and communities of the national park is key.

“With such a significant imbalance of conifer to native broadleaved woodland already in the area, we encourage the expansion of well managed native woodland that is in keeping with the traditional upland landscape and has the potential to enhance biodiversity or become a source of local wood fuel in the future.”