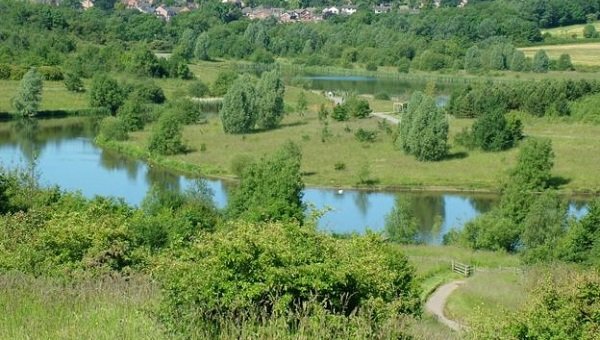 The National Forest celebrates its 25 year anniversary this year, after flourishing in a transition back to nature.

The National Forest became a charity in 2014 in a bid to access extra funding and help secure its future, and during the same year a new 75-mile (121km) walking trail opened after five years of preparation. Thousands of people have used the National Forest for leisure and education over the last 25 years, its bosses have claimed.

A plan to “breathe new life” into parts of Leicestershire, Derbyshire and Staffordshire, then used largely for coal mining, was devised in the late-1980s. Approximately 200 square miles (500 sq km) of “forgotten” land was selected in 1991 and planting began later in the year. Since then 8.5m trees have been planted and forest cover has increased from 6% to over 20%, the company said. The group said its mission over the last quarter of a century has been to turn the “least wooded areas of England into a multi-purpose, sustainable forest”.

John Everitt, chief executive of The National Forest company, said the project has shown how a “healthy environment” can stimulate economic growth and regenerate communities within the area.

He said the early nineties saw the end of a number of industries in parts of the Midlands leaving what many saw as a “blot on the landscape”.

Mr Everitt said: “The whole idea came from the Countryside Commission and they were thinking about regeneration, so that was the backdrop to the National Forest being selected here.

Moira, in Leicestershire, which was mined for coal, limestone and granite, was one of the areas selected for mass tree planting.

Hazel McDowell, who lives in the former mining village, said: “When I first moved here [in 2000] it was so raw you thought nothing was ever going to survive or grow here.

“It’s [now] just an incredible area. The trees are all towering over me now.”

Landowner Andrew Kirkland, said his farming business was becoming less profitable by the 1990s and so took advantage of a National Forest grant.

In 1998, he gave up farming and planted 100 acres (40 hectares) of trees on his land, near Swadlincote in Derbyshire, while growing his equestrian business.

He said: “The National Forest has been an uplift for the local community.

“I feel that I have put a mark down that will never be removed, for the children around here everything is rosy.”