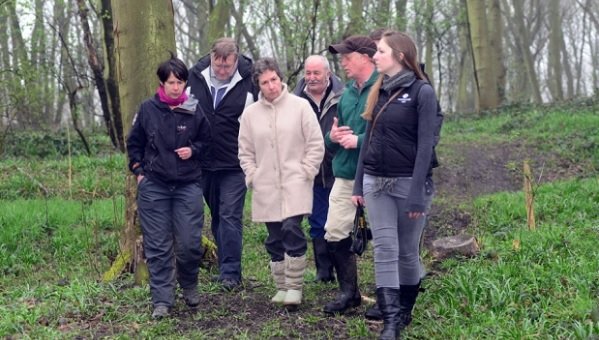 A public inquiry starts next week into a bid to create a village green at Smithy Wood near Chapeltown – where, under separate proposals, a £40 million motorway service station could be built.

Members of the Cowley Residents’ Action group have applied to have the wood designated as a green in order to protect the land from damage caused by 4x4s and motorbikes.

However, developers Extra Motorway Service Area also want permission to build a new stop at junction 35 of the M1. The services would cover 20 acres beside Smithy Wood, to the south-west of the junction.

Campaigners say irreplaceable wildlife habitats will be lost, and the cause has been picked up by the Wildlife and Woodland Trusts.

Scores of people from across the UK have objected against the planning application, which is being keenly observed nationally as a test case on the principal of building on ancient woodland.

Lawyers acting for the site’s owners asked for the inquiry to be held last year, when Sheffield Council’s licensing committee was due to decide on the village green bid.

In order for the application to be successful, it will need to be proved that a significant number of local people have been able to use the land without permission for at least 20 years.

The council must foot the bill for the inquiry, which will make a recommendation back to licensing for a final decision.

Jean Howe, chair of CRAG, said she believed the group has a strong case proving the value of the woods to the community – and that, in theory, the service station proposal – submitted more than a year ago – could not go ahead if the wood was declared a village green.

“We’d like to think we have a good case. If the land is a village green, it should stop the land being used for anything else. But I think we might have a long fight on our hands. If we win they will appeal.”

A council spokesman said that although no date had been set for the services application to go before a planning committee meeting, the case was ‘not being held back’ for the outcome of the village green proposal.

“We were told they were aiming for June, but I think if the plans have to go out to consultation again, realistically it will be late summer or autumn,” said Jean.

The inspector for the inquiry – London barrister Richard Ground – will hear evidence at the Town Hall from Tuesday to Friday. Further sessions have been arranged for April 23 and 24 if required.

Allowing a service station to be built on Smithy Wood would ‘open the floodgates’ for developers to build on ancient woodland across the country, Jean Howe, chair of Cowley Residents’ Action Group warned.

“You can’t replace ancient woodland just with a few trees,” said Jean. “It’s not the same, the trees won’t grow for another 20 or 30 years. It’s a test case for any application that says a developer will plant trees somewhere else as compensation for the piece of land and the loss of biodiversity.”

Records for the wood go back to the 12th century, the group says.