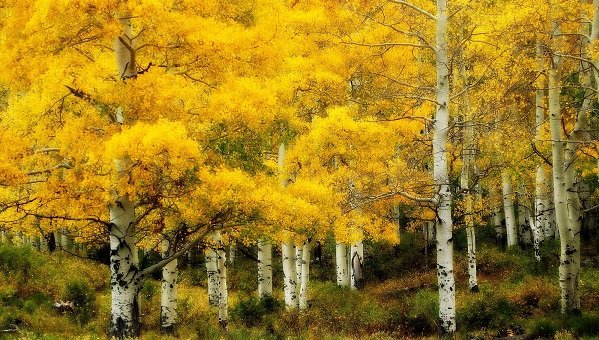 NASA ecologists studying the effects of climate change have completed a new study that details which US trees will have the toughest time adapting as our world heats up. The findings suggest that while some species will thrive in a warmer environment, others will lose ground, which may eventually lead to them disappearing from their current habitats completely.

The researchers used a combination of climate models that assume that carbon dioxide emissions will continue to rise at the same levels they are today, which will take emission rates from 400 parts per million to 1370 parts per million by 2100. This will result in temperatures rising approximately 0.4 degrees Celsius (0.7 degrees Fahrenheit) every decade up to about 2040. The team also calculated that temperatures will spike a bit, rising 0.7 degrees Celsius (1.2 degrees Fahrenheit) every decade, after 2040.

This suggests the length of every year’s tree growing season will become longer because winters will be warmer and shorter, leading to less frost. It also means that precipitation might drop as well.

Researchers created a graph to represent 40 different species of trees that are present today inside the Great Smokey Mountains National Park, and how they will be affected by climate change. The hardest hit will be those that favour cool and wet habitats such as the eastern hemlock, red maple, and eastern Pine, because the areas where these trees thrive will likely become hotter and, as a result, drier.

Contrastingly, species such as post oak, red hickory, and blackjack oak will benefit from a hotter, drier climate.

Certain highly sensitive species are in the most danger from climatic shifts, which can cause them to not drop seeds or simply not sprout.

“If you look at the overall suitability of land, a lot of species do well,” team member Brendan Rogers said in a report by NASA’s Earth Observatory.

“But there are other reasons that trees won’t set seed or reach maturity; for instance, the climate might change too quickly, or seeds won’t be able to disperse and establish in fragmented land,” he added. “It’s humbling and disconcerting to see areas where conditions for growth could improve but the trees have little chance of getting there unless there is active management.”

The team’s findings will be published in Climate Change in Wildlands: Pioneering Approaches to Science and Management