Mystery as trees planted on two village greens without permission 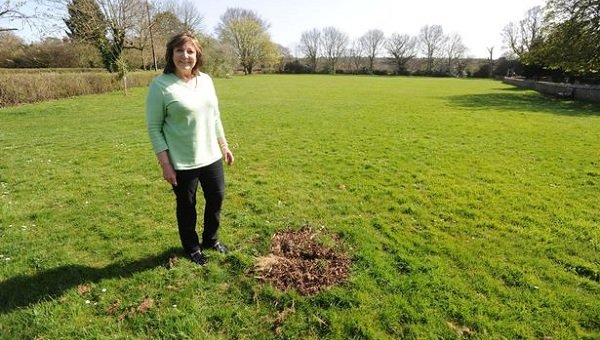 Surrey County Council is thought to have arranged the wrongful planting of trees on at least two village greens in recent weeks – and has now given an order for them to be dug up.

Members of Send and Abinger’s parish councils were dumbfounded after the trees were planted on their land without permission.

In Send, around 12 sturdy trees were planted in the middle of Send Marsh Green earlier this month, while five trees appeared on Abinger Common around March 20.

The trees in Send are still in place but in Abinger, the mystery deepens as the new trees were removed overnight on Saturday.

The bizarre situation led people from both villages to conduct their own investigations into who might be responsible.

The Surrey Advertiser contacted the contractor tasked with planting the trees, who confirmed the work had been done at the request of the county council.

“We planted them on the advice of Surrey County Council,” said a spokesman for the firm. “Every year they supply us with a map of 150 trees they want planting and we go out and do it.

“Send and Abinger were on the list and a far as I’m aware, we have since received an email asking us to remove them.

“There seems to be a problem with where they were planted. We were simply following directions.”

The trees in Send are due to be removed next week and the spokesman confirmed the firm had not removed the trees in Abinger.

A post on Send Parish Council’s Send Village Facebook page, before the county council was identified as being behind the work, read: “There are always things in the village that you cannot understand or know about.

“No-one has requested permission to plant the trees. They spoil the open aspect of the green, they ruin it for the events run on them and make mowing more difficult.”

After announcing that the trees were wrongly planted at Send Marsh, villagers were quick to express their views.

“Well that’s a relief, I was about to cancel the Send Marsh Bonfire and Fireworks on November 7,” Neil Freeman wrote on the Facebook page.

Ros Doree, chairman of Abinger Parish Council, said: “The parish council is absolutely not behind this, we can’t believe it. This is war memorial land and if you look at the Land Registry, the parish council owns it.

“You can’t just go around planting trees on other people’s land. It’s such a waste of public money.”

Despite the contractor’s comments, Surrey County Council was unable to confirm whether it was behind the planting.

A spokesman said: “This is nothing that we have arranged locally as we would not plant on parish land.”