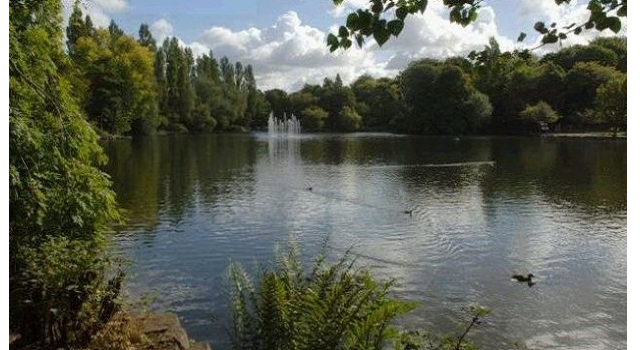 BUILDING work on a multi-million pound visitor centre at Walsall Arboretum is taking shape, with council bosses confirming that it could be complete within months.

A structural steel frame has been erected at the borough’s premier park, with works carried out to make an existing unstable embankment safe.

And over the coming months, concrete flooring, new roofing and brickwork will be installed.

Construction work on the centre, which will be housed on the site of existing park buildings at the Centre Green, is due to be complete by early 2015.

“Now the steel frame is in place it makes it easier to picture what a significant addition the visitor centre is,” said Cllr Anthony Harris, portfolio holder for leisure and culture at Walsall Council.

“We’re still on schedule for completion early in 2015 and are really excited that this new feature will boast a cafeteria, meeting room, classroom, offices, changing rooms and new toilet facilities.

“A lot of hard work has gone on since the project started in 2010 and we’re thrilled at the positive comments we’re getting from residents and visitors who appreciate just how huge this transformation has been.”

The visitor centre  has been labelled as “the final piece of the jigsaw” in the multi-million pound restoration of the Victorian attraction.

Work on the centre along with the stabilisation of the bank will cost around £3.5 million.

Extensive restoration work has been underway since 2010.

Improvements have included a refurbishment of the Grade 2 listed boathouse and park bandstand, provision of a new youth play facility and restoration of park entrances.

The total cost of the restoration project comes to £7.6 million. It has been delivered by Walsall Council and funded in conjunction with the Heritage Lottery Fund.

Work on the visitor centre was delayed last year, pushing the proposed opening date of late 2014 back by months.

The design of the scheme was “substantially developed and refined” and existing planning permission extended after it emerged that an adjoining embankment was at risk of collapse due to the work.

Council bosses say that more work will be taking place over the coming months to implement an illuminated park project at a cost of £270,000.

This will include feature lighting of the park to extend its use and support organised events after dark.

Councillor Harris added: “We are still finalising designs for park and feature lighting and are involved in ongoing discussions about future events there.

“The infrastructure is in place to illuminate the premier park and The Clock Tower, Top Lodge, Bandstand, Boathouse and other permanent features are already lit up.

“The park lighting scheme will be delivered in tandem with the completion of the visitor centre.”