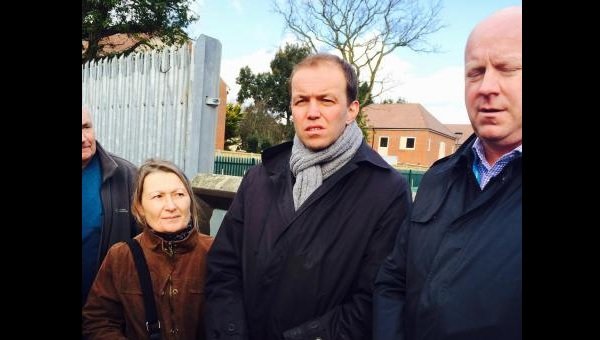 An MP has expressed his disappointment in a number of trees that have been felled along a railway embankment.

Enfield Southgate MP David Burrowes believes residents have been left fuming by the number of trees cut down between Palmers Green and Winchmore Hill stations.

The MP had a meeting with Network Rail area director managers Paul Rutter and Richard Owens to vent the anger of locals.

He has revealed managers will return this autumn to consider replanting similar trees to that of the Grange Park embankment.

However, they would not halt the tree felling which Is on the advice of an independent expert report and in accordance with the published plan; approved with the Council and necessary for public safety and the safe operation of the line.

Mr Burrowes said: “Yet again I have needed to get Network Rail managers down to view the scale of tree felling which is causing much public concern.

“I am pleased that Network Rail has been more responsive and more informative than in previous years. However, we still have the situation where in parts of the embankment there is a complete clearance, which does not appear justified.

“I am pleased that Network Rail has agreed to return to the embankments in the Autumn after a season of growth to review and consider replanting shrubs and trees. I will hold Network Rail to this promise and trust they will fulfil their responsibilities to the local environment as they eventually did in Grange Park.”