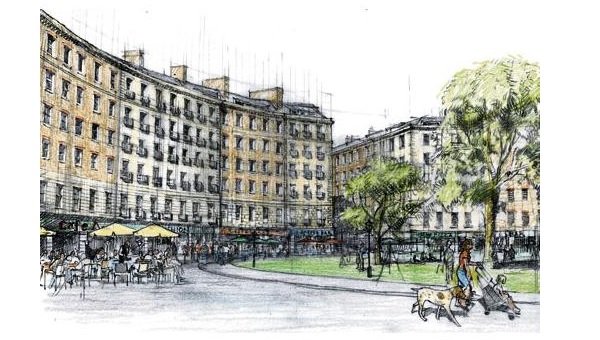 A Think-Tank made up of leading architects who work for Prince Charles stepped into the row over the Mount Pleasant development this week with artist illustrations showing how it could improve and “humanise” the scheme.

Independent housing group Create Streets claims it can provide up to 7 per cent extra dwellings, and increase profits which would allow for more affordable homes.

The group maintains it can better Royal Mail’s offer of 681 homes by providing an extra 50 properties.

Nicholas Boys Smith, a founding director of Create Streets, said his organisation believes it could improve on the Royal Mail scheme.

“The Royal Mail architects have produced a scheme with a series of blocks which virtually cuts off the world around it,” he said. “We have provided more access and a circus in the middle with streets connected to it. We have also provided a mini-park where there was none.”