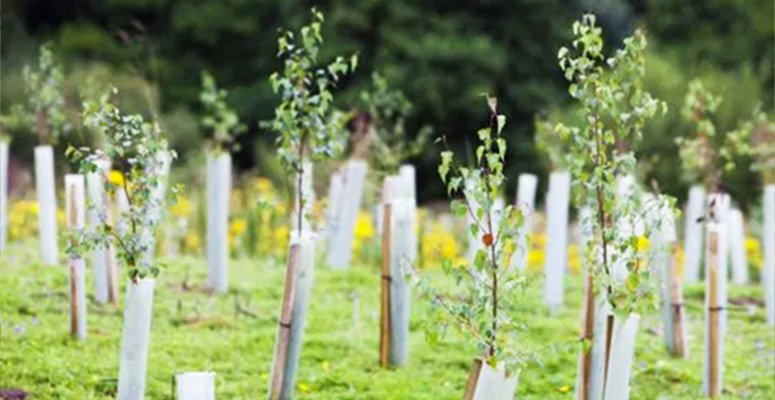 Philip Hammond is set to pledge £60m towards planting trees in his last Budget before Brexit. But the pledge has not soothed concern from green campaigners who slammed the Chancellor for spending 500 times that amount on roads. They described the £60m as ‘tokenistic’ when compared with the £30bn being set aside for infrastructure and £420 million on potholes.

Liz Hutchins, director of campaigns at Friends of the Earth, told Metro.co.uk: ‘Reforesting Britain needs root-and-branch reforms in the way we use land, not just a few million quid for saplings. ‘It’s good that the government are finally putting some money behind their tree-planting pledges – but we need to double the UK’s forest cover if we’re going to avoid climate breakdown, and this won’t be nearly enough money. ‘That means radically overhauling farm payments in the Agriculture Bill currently before Parliament, and a new Net Zero Emissions by 2045 target in the Climate Change Act.’ Green MP Caroline Lucas tweeted her frustration this morning with a reference to a damning UN report that warned we have just 12 years to stop climate change.

‘We’ve got 12 years to stop climate breakdown,’ she wrote. ‘We need a climate emergency budget: huge investment in green energy and jobs and end to climate-wrecking projects. ‘Instead Philip Hammond will lock us into our cars with new roads and cheap petrol, and seldom planting trees to compensate.’ Labour shadow transport secretary Andy McDonald added: ‘With car dependency rising, public transport in decline and local roads in a state of disrepair, ramping up spending on major roads is the wrong decision. ‘It simply isn’t sustainable to repeatedly ramp-up major road spending, especially at a time when air pollution causes 40,000 premature deaths each year and climate change is threatening a global crisis.’

The Chancellor will unveil two pots of cash for trees later today, including a £10m planting project in streets and urban areas. This will be matched by funding contributions from local authorities, community groups and charities, the Treasury said. An additional £50m will be used to buy carbon credits from landowners who plant woodland. The Treasury said this will provide for an estimated 10 million new trees over the next 30 years, the Department added.