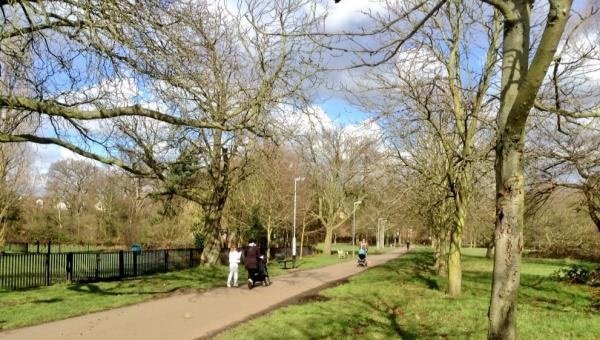 “Mixed messages” about the future of horse chestnut trees in Tooting Common have been put out by Wandsworth Council according to opposition members.

On Thursday, February 18, the community services overview and scrutiny committee met to discuss felling 77 trees in Tooting Common after several of them contracted “bleeding canker” disease.

Although the first mention of the trees having the disease had been made in December, community groups were caught unaware by the dramatic announcement to fell them all, as a public consultation had been planned before action was taken.

The council has been awarded a £1.3m grant to make improvements to the common and one option is to replace all the trees on Chestnut Avenue to ensure uniformity.

Labour Councillor Fleur Anderson said: “This caused understandable alarm as local people want to know more about the real condition of the trees and be consulted about something which will affect them and the Common they love so much.

“In the face of these really mixed messages I am sure that the Council will consult, but I have concerns about what the questions will be, how well publicised the consultation will be and how much it will count for.”

Chairman of the Friends of Tooting Common, Peter Ramell, welcomed the Heritage Lottery Funding (HLF) of £1.3m granted to the council to make improvements to the common.

He said: “At the very least there has been uncertainty in the past as to whether or not there would be consultation on the proposal to remove the chestnut trees.

“Certain concerns have been expressed that this proposal is at least partly based on the fact that funding from the HLF will be made available for the complete replacement of the trees, but that HLF funding might not be available for other options for dealing with the issue of the diseased trees. If that were the case, that would be an inappropriate basis for pursuing that option. It is important that the decision on the way forward is based on the best expert advice and the long term interests of the common.”

Wandsworth Council will commission a new professional survey of the horse chestnut trees as one fell over two weeks ago, despite being judged to be in a fair condition in last year’s assessment.

An inspection of the fallen tree’s root revealed fungal decay, which could not have been detected in the above ground assessment.

Sadiq Khan, MP for Tooting said: “It may be that all the trees do indeed need to be replaced, but it is important that the community has the opportunity to hear what all the options are before this decision is made.

“Without this opportunity, residents could be forgiven for suspecting their removal is motivated by the offer of a grant.”

Once the survey is completed, a public consultation will begin.

Councillor Jonathan Cook, parks spokesman for the council, said: “The new survey will give us a third opinion on these great trees. It will be a more detailed assessment than last year’s study and will feed into the public consultation.

“There are no easy choices when dealing with a situation like this but as we said back in December we will ensure local people and groups are informed and consulted before any decisions are made.”