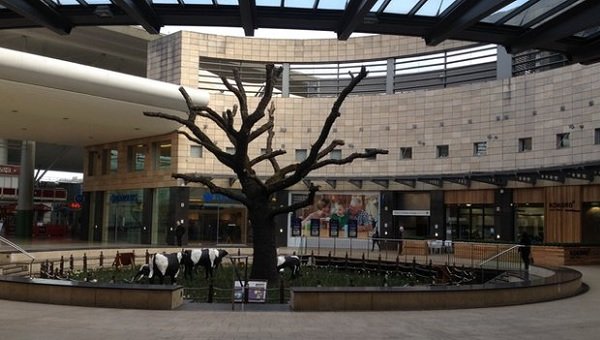 A protected oak tree in the middle of a multimillion-pound shopping centre “drowned” from poor drainage, a builder of the site has claimed.

Midsummer Place in Milton Keynes opened around the great oak in 2000, but the tree soon began shedding its leaves.

Bernard Nichols said a team wrongly dug out drainage pipes when a new section was built, meaning the oak often sat in up to two feet of water when it rained.

Experts are due to assess the tree for signs of life on Monday.

The shopping centre, now owned by Intu, said a report in 2013 showed the tree was in a “mortality spiral” and “unless there is a miracle, it is dead”. 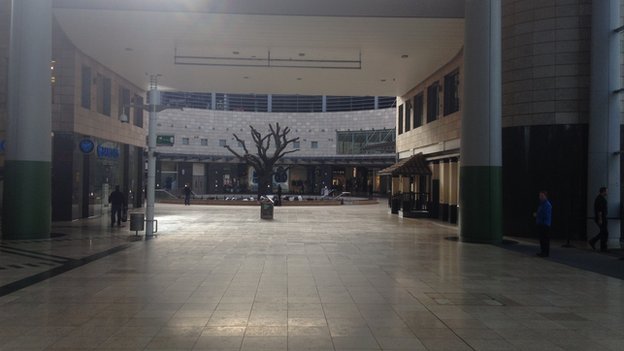 The tree regularly sat in up to two feet of water during rain, Mr Nichols said

“We have to work out what to do because it could become unstable, rot away and be a danger to the public,” a spokesman said.

“It will have to be taken away, if that’s what the council and specialists say.”

Mr Nichols, who helped construct the shopping centre, told BBC Three Counties that when the area around New Look was being developed, a different team to his dug out a pipe that was supposed to help drainage.

“Our people came running in and said ‘whatever you’re going to do, you’ll destroy everything that’s in here’,” he said.

“‘Oh it won’t, the water will get away,’ they said. But the water never did get away, and we’ve seen it in about a foot, two foot of water.

“It drowned for definite.”

He said a proposed canopy to protect the tree never materialised either, meaning rainwater had nowhere to go.

A public consultation on the redevelopment of the centre, including the area where the tree stands, begins this week.