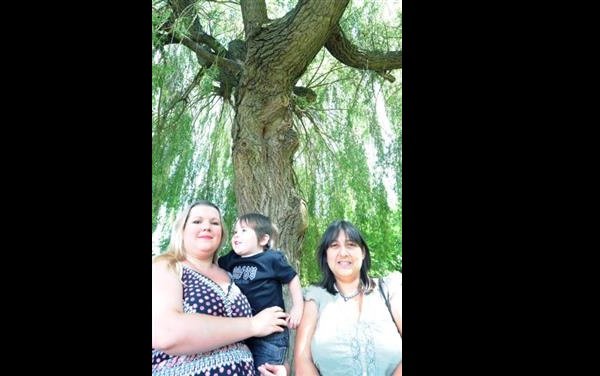 A campaign to save a weeping willow tree has been felled by Milton Keynes Council before it has even put down roots.

Residents and parents of children at Knowles Primary School, in Bletchley, have been campaigning to save the tree from the axe.

Located next to the playground at the school, it is being removed to make way for a new ball court as part of its expansion.

According to the campaign group – led by Samantha Pancheri, chairman of MK Young Greens – a recent tree survey showed that it was healthy and had many years of life left.

Samatha said: “This is a beautiful, healthy tree.

“When the council granted planning permission for the expansion developments, there was no mention whatsoever of killing this tree.”

She added many people had ‘fond memories’ of playing under the tree and the group had asked the council to put a protection order on it and carry out a proper  consultation with the public.

However, a council spokesman said: “The final phase in the expansion of Knowles Primary School is to create new play spaces, staff and parent parking and provide a secure site boundary. A planning application was submitted and has been approved.

“The willow is being removed to facilitate the creation of a ball court, which will provide the school with the required play space it needs as part of its expansion to 630 pupils.

“The council will be replacing the tree with a new specimen at an agreed location on the school site.”