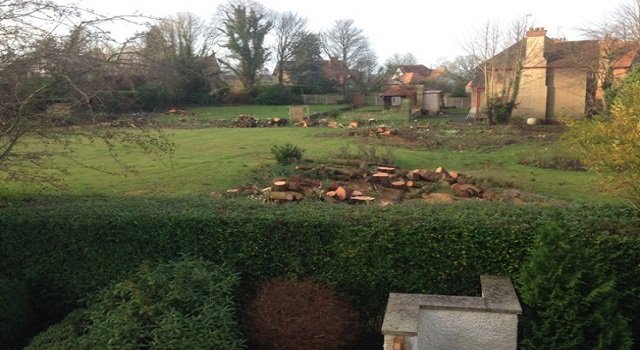 A millionaire who bought one of Harrogate’s grandest homes has been fined £24,000 after illegally chopping down trees so he could build in its garden.

Jason Shaw, 45, famously bought the vast 40-room Bomanji house, once owned by the town’s wealthiest family and known as Pineheath, in September 2013.

The sale attracted international media attention after it emerged the house – complete with luxury artefacts – had stood frozen in time since it was abandoned in the 1920s.

Shaw dismissed doubters’ concerns at the time that the legacy of the historic Cornwall Road house would be lost with the sale, promising to restore the decaying mansion to its former glory.

He appeared in court in Harrogate yesterday, along with a contractor who carried out the work, charged with felling 13 trees on land which he wanted to build two new houses on.

“You claim to have made a mistake,” said magistrates, fining him £8,000 for each of three offences after considering the financial benefit he would stand to gain.

“However you were alert to the rules and regulations and you should have been more prudent. It was less of a mistake and more of a deliberate act that was going to benefit yourself.”

In the months prior to the incident, the court heard, Shaw had been granted planning permission to fell five trees on the land.

But when contractors came to do the work in December last year, he instructed them to remove an extra 13 healthy trees, mainly sycamores and conifers, which were protected within the Duchy conservation area.

He argued that the trees were dying, denying that his act was for financial gain.

“This was a mistake,” his solicitor Chris Newton said. “He was granted permission to fell five trees, which lulled him into a false sense of security as to the council’s attitude. This wasn’t deliberate defiance. We weren’t being sneaky. We were simply too hasty.”

But Harrogate Borough Council prosecutors, insistent that Shaw had done this deliberately, refuted these claims.

“He didn’t have carte blanche to fell 13 trees without the courtesy – or the legal requirement – to seek permission,” said prosector Susan Kerr. “He should be well aware of the requirements.”

Shaw’s co-accused, Aspect Forestry, which carried out the work, said it had stopped work on the site as soon as it knew it was illegal. Director Andrew Cook, representing the company, insisted he believed permission had been granted. Aspect Forestry were fined a total of £4,800 plus costs. Shaw, of High Moor Road, North Rigton, was also ordered to pay costs of £717.50 and a £120 victims surcharge.