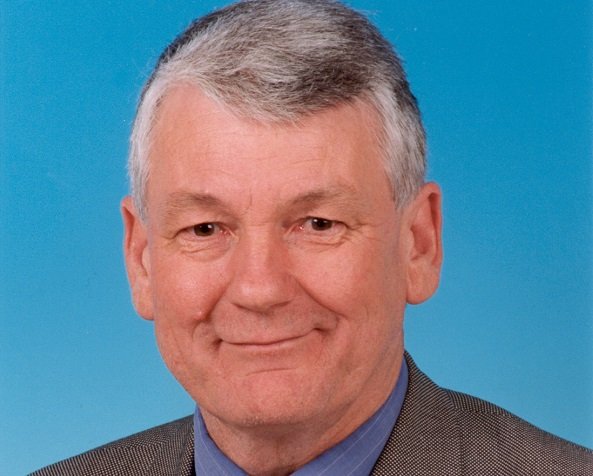 1947 is the year that Oregon invented “modern chainsaw chain”, known as chipper chain. A year later, Michael Irons was born and 16 years later in 1964 was working in the chainsaw industry, at the start of a career that would see him selling Oregon chain for over fifty years. Fifty.

Not fifty years treading ground or earning a living, taking a wage. And what kind of person could spend so long enthusing others if he didn’t believe and care about what he was selling? No, fifty years of hard work, of pride in what he sold, and what he told, of belief in the products and company he was associated with. He is known affectionately in the Portland , Oregon (USA) based company (yes, the name comes from the location), as The King of Scotland, the guru, the man with Oregon stamped in his bones and chainsaw oil as blood, the man who conveys as much enthusiasm and belief in the brand now as he did back in the sixties. Mike can advise in-depth on the hundreds of types of Oregon chain, one old and new, a true encyclopaedia for the things where “googling it” won’t get you what you need to know.

Back then, the players in the chain market were much the same; Windsor and Carlton (now both owned by the same company as Oregon), and a large German organisation J. For over 50 years he has essentially been waging his own personal battle to ensure every place in Scotland worth its salt is selling and representing Oregon, a battle which is evident that he has won.

He’s pretty fast with a chainsaw too, but don’t expect to see him up a tree anytime soon. Mike retires in 2015, which will bring an end to an Era.