Meet one of Pro Landscaper’s past 30U30 winners: James Sadler 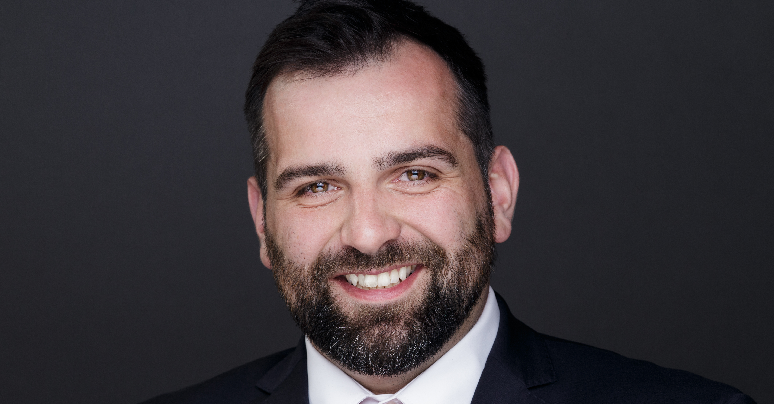 James Sadler has come full circle. He started his career in the industry as a trainee operator at Beechenlea Maintenance Ltd in 2008 when he left sixth form college. Just over a decade later, at the end of 2019, he returned to the Essex-based company as a director.

During his time away from Beechenlea, James worked for various companies gaining further experience, but his longest stint was at Ground Control. James spent nearly seven years with the grounds maintenance giant, gaining qualifications in forestry and arboriculture as well as starting a BSc management degree, which Beechenlea has continued to sponsor in James’ final year.

He joined Ground Control as a “passionate arborist”, working his way up from project manager to contract delivery manager. In 2016, he became part of Pro Landscaper’s 30 Under 30: The Next Generation alumni after the successful retender and award of a UK Power Networks Vegetation Management Contract with a target spend of £2.5m per annum. James led the team behind the £2.5m contract for four years until Gavin Armitage, managing director of Beechenlea, approached him with a new opportunity. “Ground Control looked after me,” says James. “I had some great mentors, and I learnt a lot about the industry.

When I first joined, I had fewer qualifications than I have now, and far less commercial and contract experience and a lot of that is down to them and the support and opportunities they have given me. “However, navigating your way through a massive company can be difficult and after seven years it began to stagnate, so when Gavin asked me to take a leading role, it presented a great opportunity, not only for me but the business also”.

Part of James’ remit is diversifying Beechenlea’s client portfolio and raising its profile. It’s core client base has always centred around the Transport for London infrastructure, in particular the 1FM contract which focuses on the maintenance of its buildings, stations and lineside assets as part of what James calls a “holistic maintenance contract”.

James is now looking to diversify and introduce new workstreams to the business. “Gavin trusts me to work with our business development team which includes the submission of bids for upcoming projects and establishing new relationships with principal contractors across our sector, something that Beechenlea never really considered prior to my arrival. As a former employee, I have always had a vested interest in the success of Beechenlea and have been an advocate for them throughout my working career, championing their various specialisms and USP’s to my professional network, unfortunately they never got round to promoting it themselves or had the inclination to do so.”

Now, though, and with James’s input Beechenlea is keen to promote its work, with the launch of a website and a social media presence.

James has also, over the last 18 months, worked with a consultancy firm to achieve Beechenlea’s ISO standards so that it now has 9001, 14001 and 45001, and the company is working towards becoming an Arb Association Approved Contractor (Utilities). At 24 employees, the family-owned business is relatively small, says James, but it has a large impact across East Anglia and London, and James has become an integral part of that.

It’s a little different to the career James imagined when he was in school, though. With his dad working in Canary Wharf, James pictured himself alongside him and other city types in a three-piece suit. This outlook changed when the financial crisis hit. “I thought I’d put university on pause, get a stable job and see how it panned out over the next year or so. I went down the job centre and saw that a local company was looking for a trainee landscaper. “I’d always been an outdoors-y person, and given the economic downturn and associated employment crisis, I thought I’d give it a go. And that was when I first started working at Beechenlea. So, I fell into the industry through the banking crisis, essentially, and stayed there ever since because I fell in love with it.” From where we’re sitting, it panned out pretty well for James, and now he’s back to build upon the success of the company from where it all started.

If you’re interested in entering yourself or a colleague into the 30U30: The Next Generation awards, get in touch with us via 30u30@eljays44.com or click here to find out more!