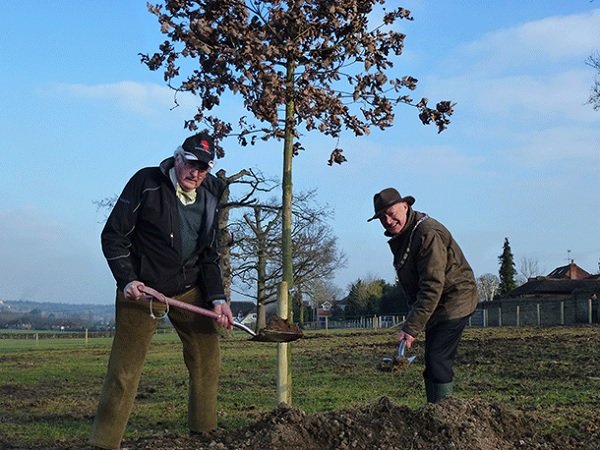 The Mayor of Windsor and Maidenhead dug in to help plant six new trees at Cannon Court Farm last week.

Half a dozen semi-mature oak trees were placed in Nightingale Meadow to mark the 60 year jubilee of Her Majesty Queen Elizabeth II – one tree for each decade of her reign.

The work, originally due to take place in 2012, was delayed due to planning objections.

It forms part of a project to encourage new growth at the site, after tests showed eleven large oak trees to be in various states of terminal decline and had to be felled on health and safety grounds.

Tom said: “There is no long-term benefit or future in preserving old men or old trees.

“The future lies in the hands of young men and young trees.”