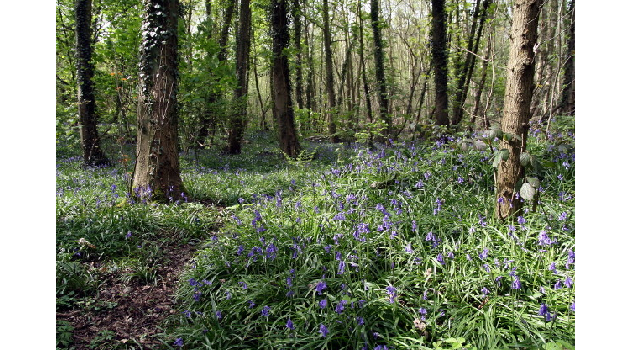 SHOCK plans to chop down Hopwas woods to make was for a massive quarry are being proposed. It will be the size of 17 football pitches and will ‘destroy’ the picturesque and ancient woodland at Hopwas forever, campaigners say.

The woods, which date back to the Domesday Book, are enjoyed by thousands of people every year but if the quarry plans are given the go-ahead it will decimate hundreds of years of woodland and history on Tamworth’s horizon.

The plans have been revealed in a document called the new Minerals Local Plan for Staffordshire 2015 to 2030, which gives scant details of a 13-year plan to bulldoze 50 hectares (123.5 acres) of the beauty spot, a site of ‘biological interest’.

It indicates that there are nine million tonnes of sand and gravel to be extracted from beneath the woods, to be dug out at a rate of 700,000 tonnes a year.

The quarry would also come within 200m of the historic Hopwas Pumping Station and also the Church of St Chads, and will come even closer to residential homes in the village and the A51.

The document also states that potential “afteruse opportunities” include woodland and heathland, but campaigners fear the quarry will be extended in years to come.

“It would just destroy it,” Ray Vanstone, the chairman of the Friends of Hopwas Woods, told the Herald this week.

“It has existed since Domesday. It is hundreds of years old and it is part of the old Cannock Chase. It has existed for a significant period of time,” he added.

Although the wood is private property, and owned by Lafarge Tarmac and the Ministry of Defence, there are public rights of way through it which are enjoyed by walkers, cyclists and running enthusiasts every year.

Ray said there would also be a ‘significant visual impact’ on the Tamworth horizon.

“You can see it from Tamworth; it can be seen for miles around. You dig a big whole there and you ruin the wood,” he said. “The local community is going to be concerned.”

The scheme for Hopwas Hayes Wood was not included in the original Minerals Local Plan, which was consulted on earlier this year.

But additional site options were then submitted by developers following the first draft and consultation with the public began last Friday (October 17).

Local county councillor Alan White said he had enjoyed the woods for more than 20 years and that the new proposals were “really sad news”.

“It is a beautiful part of the world. It is very popular with people going in and enjoying the facility.

“I have been running around Hopwas Woods for 20 years. Many people enjoy the woods and I now take my children there to play.”

He added: “It will be a great shame if the mineral extraction goes ahead because the facility will never be replaced.

“It will take a lifetime to heal. These are things we just do not get back.

“I will be happy to stand with residents against these plans.”

Residents now have until December 5 to submit their opinions to Staffordshire County Council.

It has been reported that only 1.2 percent of ancient woodland, like Hopwas woods, remains in the UK.

Tamworth MP Christopher Pincher has also expressed his concerns over the quarry plans.

He told the Herald: “I am very concerned about these proposals which could do great damage to our local landscape, especially around Hopwas woods if they are ever implemented.

“I have already written to the county council about their Minerals Local Plan and have sought meetings with county officials.

“Whilst we all accept that there has long been quarrying in our part of the world, and some local people are employed by the quarries, the scale and impact of the extension towards Hopwas woods is just not acceptable.

“The woods, some of which is ancient, could be ruined and their loss is irreplaceable.”

He added: “I encourage everyone to give their clear opinions to the county council, which is running a consultation on its Minerals Plan, to ensure the idea is rejected.

“Residents can do this by contacting the county direct or by writing to or emailing me and I will pass on their concerns.”

OFFICIALS at Lafarge Tarmac, which has put forward the Hopwas woods quarry plan, have released an official statement to the Herald this week.

Nick Atkins, Estates Manager for Lafarge Tarmac said: “Staffordshire County Council is currently reviewing its Minerals Local Plan. Lafarge Tarmac have made an initial representation for Hopwas Wood to be included as a preferred site for future mineral extraction.

“Staffordshire County Council will undertake substantial consultation before any decision is made. During this period Lafarge Tarmac will also consult fully with the local community, local stakeholders and parish councils.

“Lafarge Tarmac currently operates the quarry at Hints, which has been in operation for over 40 years and we wish to maintain our operations within the local Staffordshire area. Our products provide sand and gravel for construction projects across the region, as well as securing a significant number of local jobs.”

It has successfully operated a quarry at Hints for over 40 years.