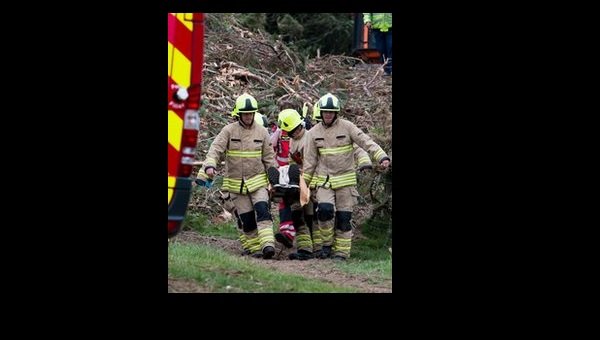 A man has suffered serious multiple injuries after being hit by a falling tree in Ceredigion.

The accident happened when contractors were clearing an area of woodland in the village of Clarach, near Aberystwyth, on Wednesday afternoon.

A colleague returning from a break heard calls for help and found the man, aged in his 30s, pinned under the tree.

A chainsaw was used to cut timber away to free the man before emergency services arrived at the scene.

BBC Wales has been told that the injured man, who lives locally, was cutting a tree when the wind brought another down on top of him.