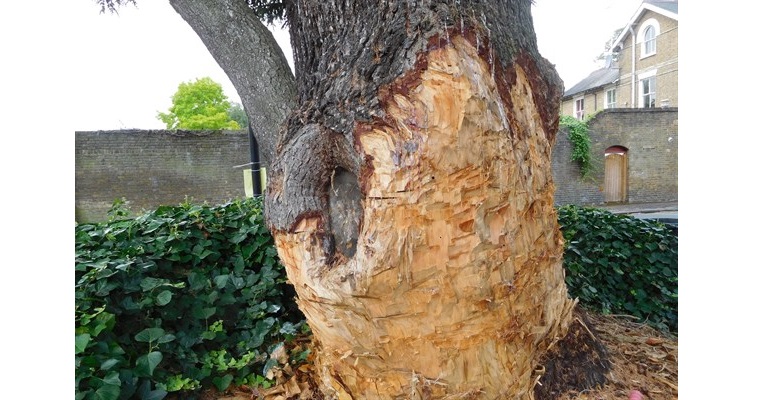 A homeowner who damaged a 90-year-old tree so much that it had to be felled has been fined over £60,000 by magistrates.

Stephen Lawrence, of Chelmsford, Essex, pleaded guilty to wilful damage to a protected tree in a criminal prosecution by Chelmsford City Council at Basildon Magistrates Court on 12 December.

The tree in question was an impressive, mature cedar in a conservation area to the front of Mr Lawrence’s Grade II-listed property. It was probably planted shortly after the house was built in 1908.

The court heard that Mr. Lawrence was in flagrant breach of the legislation, continuing to intentionally damage the tree following visits and written letters from the Council in January this year. At that point, he had stripped the tree partly of bark.

The defendant had previously made two applications to fell the tree, both of which had been refused by the Council. Neither of the two refusals had been appealed.

Returning in May, officers were shocked to find that despite sending a request to cease any further works, and despite Mr Lawrence acknowledging his unlawful actions, he had continued and had completely stripped the lower trunk of the tree.

It was now bleeding sap, holes had been drilled into the trunk and it was totally de-barked around the whole circumference. With such extensive damage, it now had to be felled.