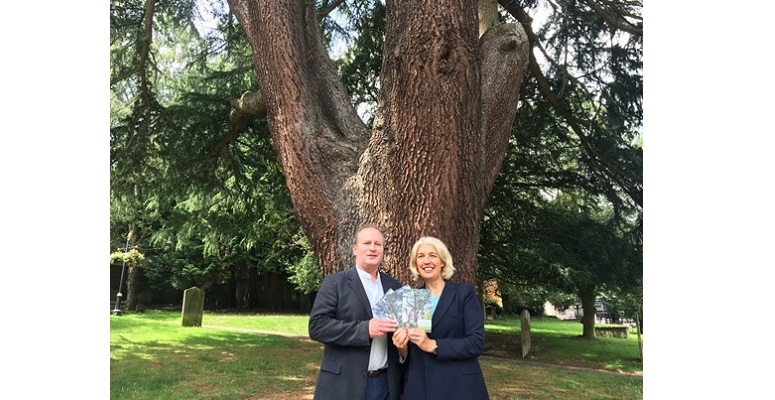 Visitors to Malvern can now enjoy what has been hailed as the country’s ‘finest classical urban arboretum’ thanks to the launch of a series of new guides.

The guides were produced with help from the Heritage Lottery funded Great Malvern Route to the Hills project, which was led by Malvern Hills District Council.

“It’s fantastic to be able to launch our four new guides highlighting the tremendous variety of species we have here in Malvern. What people don’t realise is that right in the heart of Malvern we have the country’s finest urban arboretum. Planted in the 1800s by a group of town visionaries and architects they bequeathed to us something beautiful for every single one of us to enjoy every single day.”

Some of the trees originally planted have been lost due to disease, weakness, storm damage or development and not all have been replaced. As part of the council’s emerging carbon reduction plan councillors are looking at planting additional trees including in urban areas.

The launch of the new guides was supported by Cllr Beverley Nielsen, who represents Priory Ward where most of the arboretum is based. Cllr Nielsen is also responsible for tourism on Malvern Hills District Council and said the arboretum offered another reason for people to visit the area.

“I am very keen to help raise the profile of this work by Mike and his colleagues at Malvern’s Marvellous Trees in highlighting Malvern’s position in hosting the country’s finest classical urban arboretum. If we are able to offer an additional destination to the 550,000 visitors to Westonbirt Arboretum each year, this could assist in drawing vital visitor numbers into our town to appreciate our wider visitor offerings.”

The guides cost £3 each and are available from Malvern Book Co-operative, Malvern Tourist Information Centre and Great Malvern Priory or online at www.malvernsmarvelloustrees.org