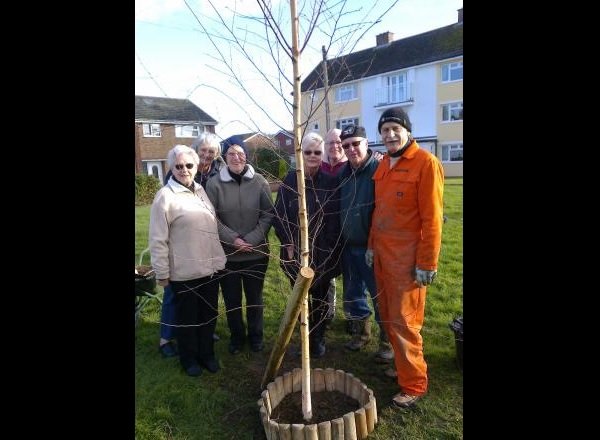 Rotary member David Denyer said: “The group, who do sterling work in the Wood Road, and surrounding areas enhancing the community areas with plants and trees and keeping their neighbourhood clean and tidy.

“The hard work by this positive group of Heybridge residents was recognised by councillor Miriam Lewis, district councillor for Heybridge West, who directed them to the Maldon Rotary club, who work closely with communities in Maldon and Heybridge.”

Mr Denyer added: “With their hard work and commitment we felt that the donation by the Rotary club was justified and had the full backing of the whole of the club.”