Lye churchyard trees to be felled to prevent subsidence 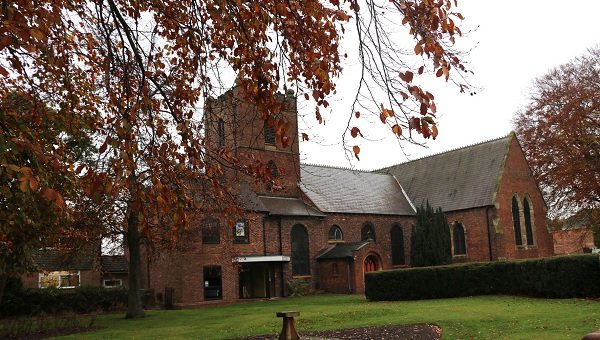 A Lye vicar has spoken of his sadness at the news two “much-loved” beech trees surrounding Christ Church are to be felled after a Church of England judge ruled they should be removed to prevent costly damage to a neighbouring property.

Chancellor of the Diocese, Dr Charles Mynors, has granted permission to Dudley Council to fell the trees in the churchyard of the High Street church – despite opposition from residents, the Diocesan Advisory Committee and the Parochial Church Council.

The Chancellor, with whom final decisions rest when changes need to be made to churches and churchyards, conceded the trees were “much-loved by many people” and they have provided a “lovely green spot in an otherwise busy High Street environment”.

But a report by Paul Harris, chartered engineers acting for the council’s insurers, said they had caused subsidence damage to a neighbouring property which could only be undone by removing them completely or by underpinning the property at a cost of at least £40,000.

Pruning the trees was not considered likely to provide an adequate solution.

Dr Mynors said he understood the strength of feeling towards keeping the trees by the Diocesan Advisory Committee, residents, the church council and even the council’s own tree officer but he added: “None of them has offered any evidence to contradict the technical evidence produced in support of the proposed felling.”

He concluded the proximity of the trees had no doubt caused damage to number 41 High Street, where visible cracks had appeared inside, and without prompt remedial action further damage was likely.

The Chancellor said the most effective remedies would be to remove the trees or underpin the building but the council – which is responsible for maintaining the graveyard – would be liable for the cost of such work and it was “not prepared to pay out a sum of that magnitude…in light of the no doubt numerous other calls on its finances”.

The council’s application to fell the beech trees was therefore granted but the Chancellor ruled two replacement trees should be planted in the churchyard within 12 months and he confessed: “I of course realise that they will be for some while in no way an exact substitute for the trees that have been lost”.

Archdeacon of Dudley, Nikki Groarke, said: “It was a difficult decision for the Chancellor to agree to Dudley Council removing the trees outside Christ Church as they are obviously greatly valued by the local community.

“However, it was felt keeping the trees would result in excessive repair costs to the neighbouring building. It is hoped it will be possible to plant some new trees once the current ones have been felled.”

Rev Simon Falshaw, vicar of Christchurch Lye, said: “We will be very sad to see these much loved trees, which greatly enhance the local area, removed.”

Councillor Hilary Bills, Dudley Council’s cabinet member for environmental services said: “We always take any decision to completely remove trees seriously and in this instance, due to the fact that they are causing subsidence, and in line with the council’s policies and procedures, we believe this is the most appropriate course of action to take.”

She added: “We are waiting confirmation from the Diocese to fell the trees. Once this is received we will begin the work.”