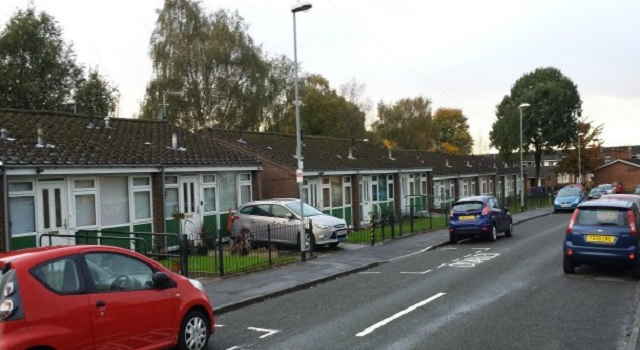 Residents are calling for trees to be cut back outside their homes – because the branches are affecting the signal to their 24-hour care alarms.

They are concerned about the branches crashing into the telephone wires which provide the alarm service and allow them to call for help.

Other issues include leaves blocking the drains and seeds from the birch trees affecting their breathing.

Now the residents in Kendrick Street, Longton, have submitted a petition calling on Stoke-on-Trent City Council to cut back the trees.

The petition was presented to city councillor’s yesterday afternoon.

The lifeline alarms are worn by the residents and allow them to call for support.

Petition organiser Maureen Hughes, aged 74, of Kendrick Street, said: “The trees are so high that they are affecting the telephone wires into the houses.

“It is affecting people’s lifeline alarms and we are losing that service. There are people in their 90s who live on their own with no family in the area and the lifelines are essential for them.

“There are also a lot of seeds getting everywhere. You can’t open your windows because they get all over the bed and they affect people with breathing issues.

“There are also old, disabled people who cannot sweep up the leaves so they block the drains.

“We just want the trees trimmed and cut back but the council tree surgeon who came said he wouldn’t do anything because they are healthy trees.

“But they are becoming dangerous because when it is windy they really bend and if they were to come down they would go straight through the bedrooms.”

Husband Michael, aged 76, said: “We just want the trees cut back. We know the council can’t do much about the seeds but cutting them back would help.

“It is a problem with the phone wires. I am no electrician but I can see it is doing something to the wires.”

Neighbour Margaret Gring, aged 55, said: “The trees are really dangerous and something should be done.

“The seeds get everywhere and you can’t open your windows because of them.

“My husband has breathing issues and MS and it is not helping him. We moved here two years ago and I had never had any breathing trouble before we moved here.

“We just want the council to control the height of the trees and the amount of seeds that get everywhere in your kitchen and bed.”