The Prince of Wales presents Long Service Award for arborist 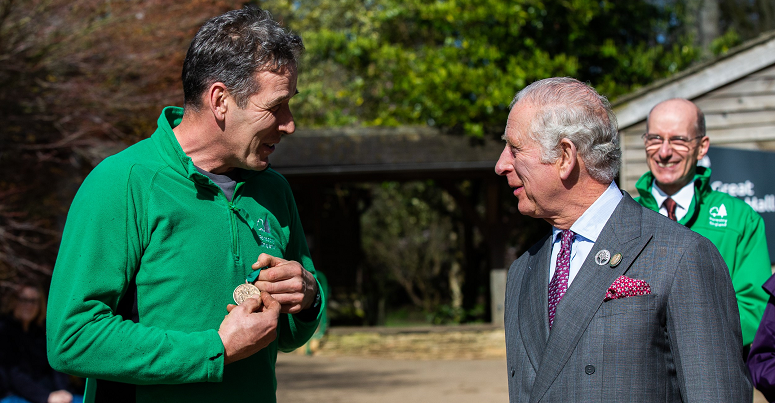 Arborist, Richard Townsend, has had his work enjoyed by millions over the years. As a result, he was presented with a Royal Forestry Society (RFS) Long Service Award by His Royal Highness The Prince of Wales last week.

The Prince of Wales presented the award to Richard Townsend while visiting the National Arboretum at Westonbirt, near Tetbury, Gloucestershire.

Mark Ballard, curator of the Arboretum, said Richard’s skills have contributed to the exceptional condition of the 15,000 botanical specimens within the living tree collection at Westonbirt.

He added: “I have thoroughly enjoyed working with Richard over the years. He is hard working, dependable and sets a great example to both those within the arboretum and in the wider tree community.

“He cares about the arboretum passionately, and he has a deep appreciation of the trees and historic landscape at Westonbirt. We have shared some amazing times together. I simply can’t imagine the place without him.”

Westonbirt is registered as Grade One with The Historic England ‘Register of Parks and Gardens of Special Historic Interest in England’. It’s 253ha includes areas designated as arboretum, open downland, wood pasture and ancient semi-natural woodland.

The Arboretum is part of the public forest estate and attracts over 550,000 visitor a year. It is managed by Forestry England, with support from the Friends of Westonbirt Arboretum. The stated Mission is “to connect people with trees, to improve the quality of life”.