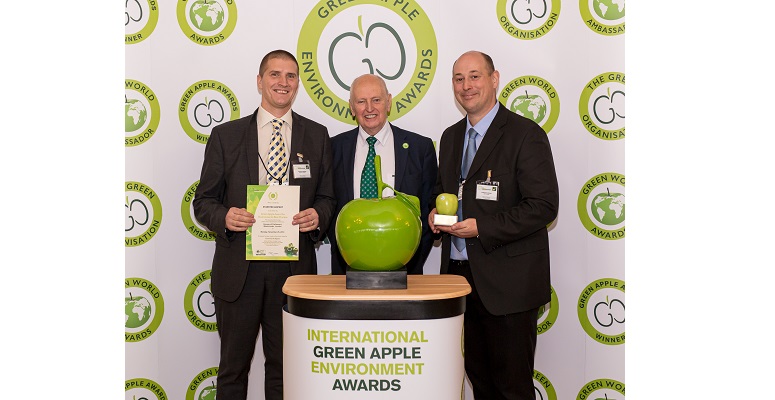 London Stansted first ever Biodiversity Week in March this year saw the airport hand out 3,000 silver birch trees to staff. Due to this it has won gold at the prestigious Green Apple Awards for environmental best practice.

It’s the second year running the airport has picked up the top prize at the awards. In 2018 it won for its ongoing support of local foodbanks in Uttlesford, Essex and East Hertfordshire.

Stansted’s environment manager Martin Churley collected the honour at a special event held at the Houses of Parliament. Speaking of the award he said:

“ To win one Green Apple Award is a great achievement but to win two years in a row is fantastic and great testament to the focus the airport puts into its environmental work.

The aim of our Biodiversity Week was to highlight all the good work Stansted is doing to maintain and improve biodiversity across the airport site.

We wanted to get staff engaged in our work and following the huge uptake of free reusable drinks cups in 2018 we wanted to be even more ambitious with our 3,000 tree giveaway.

At London Stansted Airport we have made a commitment to be zero net loss to biodiversity, so initiatives such as this help ensure we not only achieve this, but that the airport grows in the most sustainable way possible.

To celebrate the latest Green Apple triumph, Stansted’s environment team is giving away 150 free Christmas trees to staff at the airport.