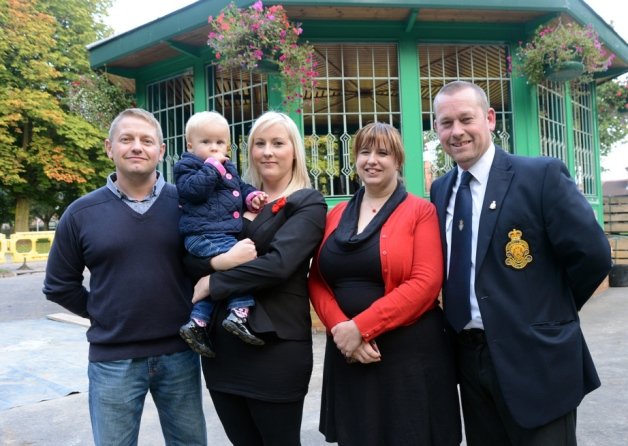 The locations of three memorial trees to be planted in  honour of fallen World War One heroes have been revealed this week.

The planting will mark the end of a ten-month campaign that has seen readers donating their loose change in order to raise funds to commemorate the brave World War One  soldiers.

Thanks to the generosity of our readers we raised £645 to fund the planting of the memorial trees.

Since launching the appeal we’ve received an extraordinary response from readers who have not only helped us raise funds to plant our ‘living memorials’, but have helped us tell the stories of ordinary people from the area who did extraordinary things during the bloody conflict.

He said: “I am extremely pleased by the contributions made by residents of Amber Valley for the Pennies for Heroes appeal.

“Pennies really do make pounds in such a short period of time. The appeal has been an excellent way in which to mark the commemoration of World War 1.”

The species of trees are yet to be decided but the council are in talks over the most suitable varieties for each location.

The planting will take place in time to coincide with Remembrance Day on  November 11.