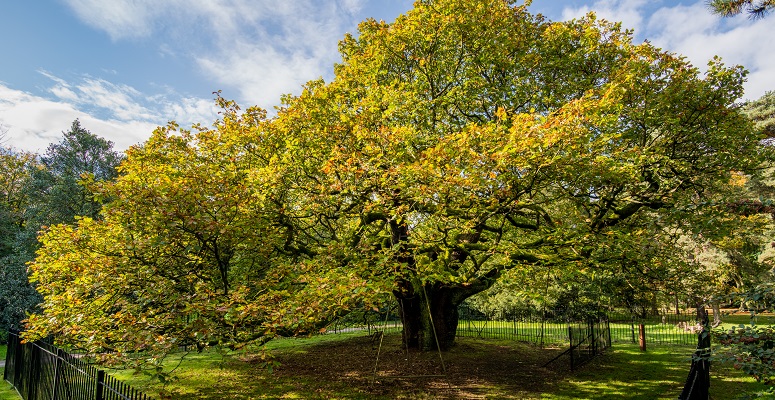 Voting is now open to crown Europe’s Tree of the Year, and the UK has a Liverpudlian entry.

The ancient Allerton Oak in Liverpool’s Calderstones Park won the UK’s Tree of the Year contest run by the Woodland Trust. Now the 1,000 year old oak is going up against 15 trees nominated by our European neighbours.

The contest is run by the European Environmental Partnership, bringing together European nations to celebrate the stories and community connections of landmark trees. Voting is open until Saturday February 29 at treeoftheyear.org/vote , with the number of votes cast visible on its website until the final week.

“Think Eurovision, but for trees. We’re currently mid way in the results, with two weeks to go, so we need the UK to get behind this fantastic Liverpudlian entry and get voting!

“The UK’s trees could do with a bit more love. Since last year’s contest more trees have come down needlessly in our towns and cities and calls to save important trees from infrastructure plans such as HS2 have been rejected.

“This contest is a great way to join with other European environmental charities in championing our trees and the vital role they play. Please join the chorus, and cast your vote!”

The enormous gnarled Allerton Oak stands in Calderstones Park. Legend suggests that the large crack down the side of the tree was formed in 1864 when the sailing ship Lotty Sleigh caught fire and exploded on the River Mersey and devastated large parts of Liverpool. In medieval times local courts were known as ‘hundred courts’ and usually lacked a courthouse facility. The Liverpool landmark admirably deputised, with officials meeting under the spreading branches to hear the cases.

Winners will be honoured at the award ceremony hosted by MEPs Luděk Niedermayer and Michal Wiezik at the European Parliament in Brussels on March 17th.