Liverpool residents shocked to discover trees being cut down 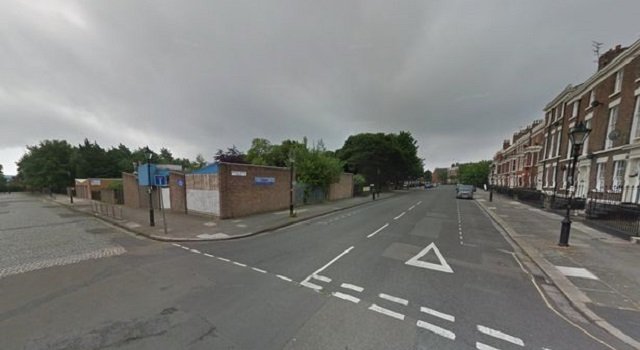 Residents in Liverpool’s Falkner Street and Belford Street were shocked to see trees being cut down to make way for new apartments in the historic Georgian Quarter.

Work has begun on the site on Falkner Street and will see former Toxteth Community College knocked down and replaced with a new modern block.

David Walters, a local resident, says he and his neighbours were stunned to see that trees lining the pavement were also being taken down, as well as trees being chopped down on area he calls “common ground”.

He said: “Where the old building used to come up against the fence there are some sizeable trees.

“It’s bad enough that the council are knocking down the community college and letting private developers on there, riding roughshod over the local community.

“But now instead of the trees all we’re going see is the horrible monolith. It’s not just the sight of the trees we lose, but the birdsong from those nesting in them.”

The works have been approved by the city council despite the residents’ concerns, and developers have pledged to replace the lost trees with newer ones.

A spokesman for Elliot Group said consultation had been carried out with local residents including a public meeting.

He said: “We understand the value of trees as part of our streetscape and can appreciate why people may be concerned. We have agreed with Liverpool council to replace the 19 trees lost with 24 new ones in a well thought-out replacement garden.”

“It’ll open up natural light to some homes in a design not dissimilar to the Bluecoat courtyard in town.

“We consulted with local people and identified, in particular, that maintaining tree cover at the rear of the site to minimise over-looking in to Abercromby Nursery was important to them.”

“As a result, we changed our landscape strategy and construction methodology to maintain as many of these trees as possible and will continue to work with the nursery to accommodate their needs as best we can.”

The development will see the existing building on the junction of Falkner Street and Bedford Street demolished and replaced with a six storey building containing 109 apartments on the top five floors, while the ground floor is to be used by local training organisation Blackburne House.