Out on a Limb: The Future of Trees in Cities 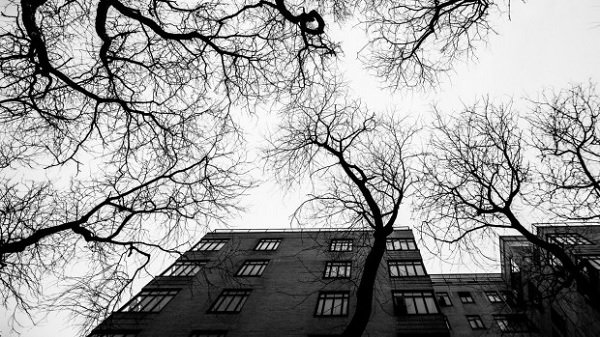 Of all the environmental resources we take for granted, large, older trees might be near the top of the list. Not only do we rely on trees for oxygen and wood products, but about 180 different animal species rely on the hollow-bearing features of these trees for shelter, roosting, and nesting. Unfortunately, rapid urbanisation poses an enormous threat to the existence of these trees.

Large old trees take centuries to mature, and scientists are paying particular attention to the changes in wooded areas as urbanisation spreads. The authors of a recent study published in PLoS ONE journal utilised a simulation model to determine the future of older trees in and around Canberra, Australia. In this urban area of Australia where the population is projected to double from 375,000 people by 2056, the authors found that dramatic changes to the terrestrial environment could occur.

The simulation model developed by the authors calculated the average number of trees in a given area using pre-defined rates of tree mortality and existing data for trees they had catalogued and measured. The data collection included the total number of trees, how fast new ones were growing, and how quickly existing ones were dying or being removed. By extrapolating from this data, they were able to assess tree population changes in the coming years.

Unfortunately, building for a growing human population means clearing out these older trees that may pose a safety threat or may simply be in the way. By projecting the current rate of decline for existing trees in the next 300 years, the researchers found that these trees die or are removed at a rate so rapid that it could lead to their eventual disappearance. To put that threat into numbers, it seems that the population of these hollow-bearing trees will decline by nearly 87 per cent over the next 300 years. In a worst-case scenario, we could lose all old, hollow-bearing trees within 115 years. That’s a terrifying thought.

According to the authors’ review of tree population changes, several policies may need to change to reverse the decline of these trees. Only with a combined management strategy, including planting more trees and forming more hollow-bearing habitats, would the population of the trees increase over 250 years after a short period of decline. A decline in older, hollow-bearing trees, including some endangered Eucalyptus varieties, means a decline in shelter for the birds, bats, squirrels, and invertebrates that inhabit them.

Luckily, urbanisation brings new innovation, and innovation inspires new solutions to important problems. Environmental consciousness in the public requires a discussion about improving tree management, community engagement, conservation strategies, and biodiversity offsets. For example, we now have the technology to give hollow-bearing features to trees in urban areas by using other hollow-structures or artificial nest boxes.

If large older trees are facing almost certain decline due to urbanisation, we need to put forth significant efforts to develop conservation and management strategies to change that. With the research available today, we can develop strategies to protect the large trees in existence, improve regeneration for ones we lose, and develop plans to build structures for animals who are displaced. We are not the only living beings on Earth, and we need to take into consideration how we effect change in our environments.