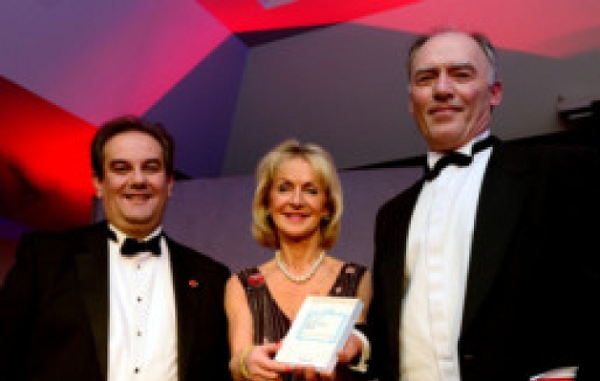 A Forestry Commission director, who was involved in the development of Kielder Water and Forest Park, was honoured with a lifetime achievement award at the North East England Tourism Awards this week.

The work of Graham and the other partners has seen a huge increase in the level of public engagement with the destination brand of Kielder Water and Forest Park and 400,000 people now visit the Park annually, with 171,000 staying overnight. This has resulted in a contribution of more than £18million annually to the local economy, supporting more than 471 jobs.

Graham’s vision and drive has resulted in more than £10million of new investment in forest recreation infrastructure, including 106 miles of cycle paths, award-winning artworks from artists of international acclaim and an award-winning observatory, to encourage visitors to come and stay longer.

In 2013, Kielder Water and Forest Park was crowned best tourism destination by Visit England and in 2014 the partnership secured International Dark Sky Park status at gold tier level, the largest area of its kind to be recognised in Europe and only the third of its kind in the world.

Graham was appointed as forest management director for Kielder Forest in 1994 and has served some 39 years for the Forestry Commission.

He said: “It has been hugely rewarding to see what can be achieved by combining the enthusiasm and passion of Forestry Commission staff with that of our partners.

“The Lakeside Way, the mountain bike trails, the artworks and the Observatory have all transformed Kielder Water and Forest Park as a visitor destination, while at the same time we have maintained and developed the vital economic role of the Forest as the greatest timber production unit in England and increased its environmental value.”

Graham has worked in partnership to develop the recreation and tourism potential of the forest, working closely with other bodies, including Northumbrian Water, Calvert Trust, Northumberland County Council and Northumberland National Park.