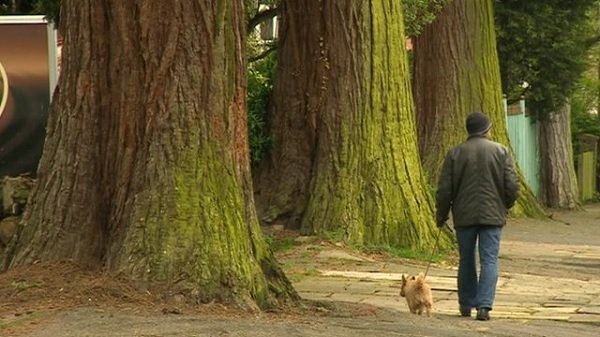 A Leicestershire council is considering felling dozens of giant redwood trees that are damaging houses and roads.

The redwood trees, which are native to California and can grow to more than 200ft (61m) high, line Pine Tree Avenue in Humberstone. Leicester.

Leicester City Council has consulted residents who voted 70% in favour of keeping the trees.

But city mayor Sir Peter Soulsby said cutting down some of the trees might be the best way forward.

“We will continue to investigate how best to solve the problem these trees are causing, without spoiling the leafy character of the street.

“If a gradual removal of the problem trees over a number of years could be the answer, we would need to look more closely at exactly how this could be done.”

In 2001, tree preservation orders were made to cover 28 of the trees – including 21 giant redwoods, two cedars, a pine, a beech, a chestnut tree, a lime tree and a cypress tree.

Sixty-one percent of residents who actually live on the avenue said they wanted the trees removed,

Geoff Bromley, who lives on the avenue, said: “I had cracks appearing in my walls – small ones – and they … contacted the council to say they wanted to take the trees down.”

But another resident Cherry Stevenson said the trees were a big reason many people moved to the area.

“They are great giants – they have taken 150 years to grow and they have a magnificence we can’t every create ourselves.”

The council said it had already carried out repairs to pavements and roadways damaged by tree roots, and was facing ongoing expenses for future works as the trees continued to expand.