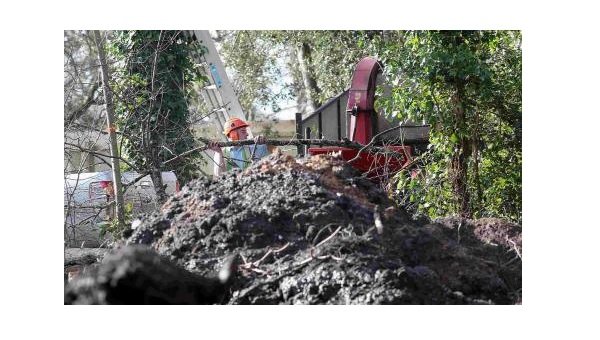 A legal challenge over tree felling trees controversy at Druitt Gardens, a Christchurch beauty spot, has been rejected by the High Court.

The application for a judicial review into how the felling of the trees in Druitt Gardens was handled by Christchurch Council was made by local businessman and campaigner Alistair Somerville Ford.

Four trees were cut down in Druitt Gardens in February, just weeks after councillors voted to put preservation orders on them.

Renaissance Retirement, which has permission to build a retirement complex on the adjacent Cornfactor site, says the trees were damaged on two separate occasions during an archaeological dig.

A key meeting to discuss a report into the controversy was postponed over the legal bid. It has not yet been rescheduled.

The response from the High Court said Christchurch council had “fairly accepted that it failed to consider properly the issue in relation to the trees”. It added: “The reality is that this judicial review would serve no purpose. The damage to the trees has happened and steps are being taken to remedy, as far as possible, the damage.

“The defendant is well aware of the deficiencies in the way in which these matters have been handled and have, very fairly, acknowledged these shortcomings in the audit and scrutiny committee report.”

Dr Ford will not have to pay costs as there was an “arguable claim”. He said: “The judgment is very good news for us, despite the court’s rejection of our application to hold a judicial review.

“We now have a public record confirming the council failed in their duty of care, they are aware of the deficiencies in the way in which they handled these matters and the court accepts ours was an arguable and justifiable claim.”

David McIntosh, chief executive of the Christchurch and East Dorset Partnership, said: “The judge has ruled that no purpose would be served in granting a judicial review on grounds related to the failure to consider and protect the trees when those matters are now historic.

“He understood that the council had already acknowledged our shortcomings.

“We are now working with the developer on the proposed replanting scheme for the gardens.”