Leeds could be planting thousands of trees to prevent future flooding 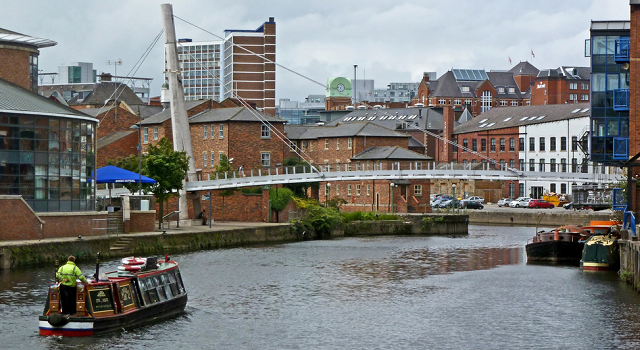 Plans could be underway along the banks of the River Aire in Leeds to prevent future flooding as a part of the next phase of Leeds Flood Alleviation Scheme.

The proposal will be put to the Department of Environment, Food and Rural Affairs for government approval. This second phase will focus on upstream areas, including the Kirkstall corridor and the South Bank.

Plans are based around natural flood management techniques, which would see the tree canopy in the river’s catchment double what it currently is, with water storage areas created to be operated by controlled gates. The gates would release water once safe to do so.

Leeds City Council executive member for regeneration, transport and planning Councillor Richard Lewis said: “Since these proposals were first outlined a lot of very positive conversations and consultations have taken place, with the ‘natural-first’ approach of using nature and the landscape to work for us to protect our communities from flooding resonating very well with people.

“As is to be expected with a proposal of this scale there are some localised issues which have been raised but we will continue to engage with people to address them. Given the level of ambition of this next phase of the scheme, which is much bigger than phase one, we are confident in now presenting the plans to Defra for formal consideration.

“Following the devastation of the floods of Christmas 2015, the government asked us to work with the Environment Agency and partners to ascertain the level of defensive measures needed to provide reassurance to our residents and business of what was needed to avoid a repeat. This plan has been extensively researched and developed so we look forward to working with the government to deliver it for the communities of Leeds and the wider region.”

The impact of Storm Eva in Leeds at Christmas 2015 affected 3,355 properties in Leeds, of which 672 were commercial businesses. The direct cost to the city was an estimated £36.8million, with the cost to the wider city region being more than £500million. If approved, work on the project would begin in 2019.